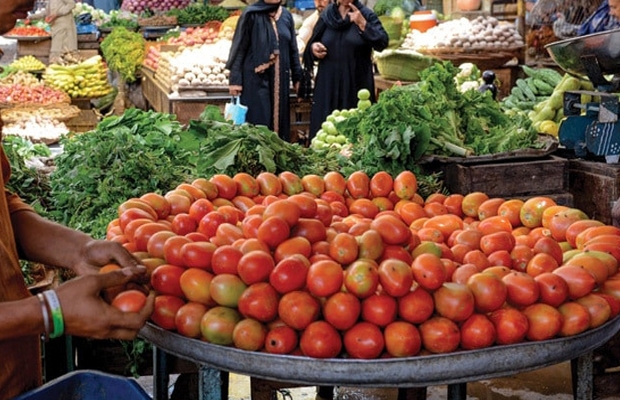 The prices of tomato in the metropolis has hit a record high on Tuesday.
1Share
177Views

The prices of tomato in the metropolis has hit a record high on Tuesday. The tomato price reached Rs400 per kilogram from Rs300-320 per kg on Monday.

The prices are still soaring high even though the government allowed the import of tomatoes from Iran.

Reportedly, the local traders have also brought the price of Swat and Sindh crop at par with the Iranian tomato rate to make huge profits.

On Tuesday night, another 16 containers of Iranian tomatoes arrived in Karachi, then again on Wednesday morning, the price of tomatoes at the markets did not go down to its original price.

With the presence of 352 tons of Iranian tomatoes in the market, the prices were supposed to go down. But the prices of tomatoes had skyrocketed, and as being reported the tomatoes are being sold for Rs480 per kilo in some areas.

Aiming at regulating the super high tomato prices, the commissioner Karachi has asked people not to buy expensive tomatoes. He further added that the prices will come down if people do not buy them.