According to Pakistan Meteorological Department, a cyclonic storm has formed in the East Central of the Arabian sea namely Kyarr. The storm, expected to intensify into a severe tropical cyclone will bring a rain spell in lower Sindh and parts of Balochistan mainly Makran.

While Met Office has denied any possibility of the storm causing trouble in Pakistan, it is advised that the fishermen avoid going into the deep sea for the next few days.

“The TC-Kyarr is likely to move west-northwestwards towards Oman coast and intensify further into an extremely severe cyclonic storm during the next 24 hours. Currently, none of the Pakistan coastal areas is under direct threat from this system. However, under the influence of this system scattered DS/TS-rain is expected in lower Sindh and along Makran Coast during 28-30 October 2019”, according to the MeT office. 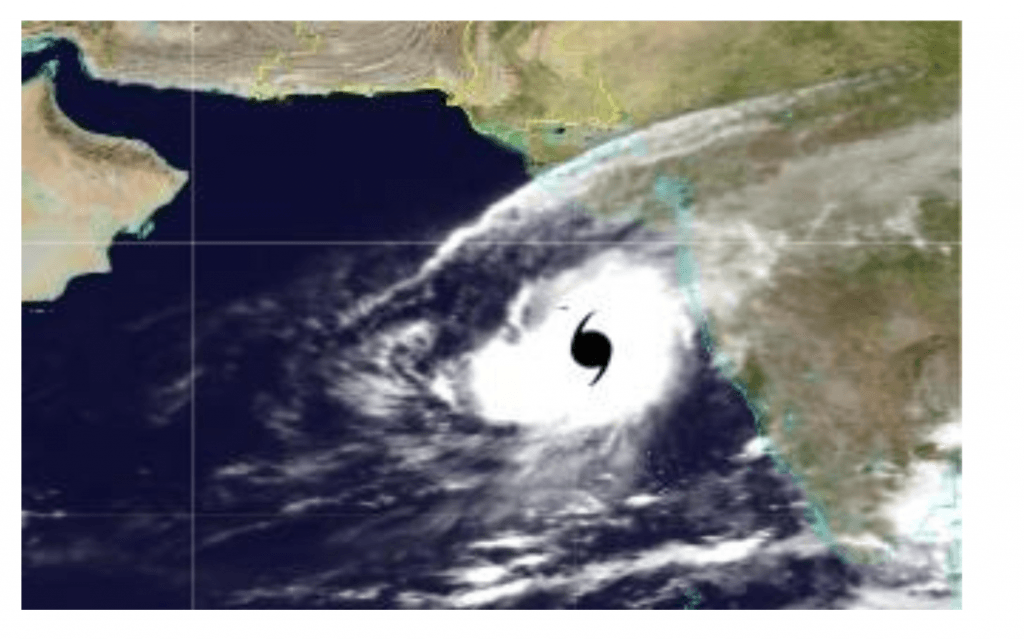 The rain spell as a result of the cyclonic storm will take place from October 28 to October 30. Lower Sindh and Makran are likely to face heavy rainfall due to the storm.

Kyarr after passing through Pakistan’s Arabian sea region will head to west or northwest direction towards Oman coastal region.