Also freeing up $50 billion in federal funds for the battle against the fast-spreading coronavirus pandemic. 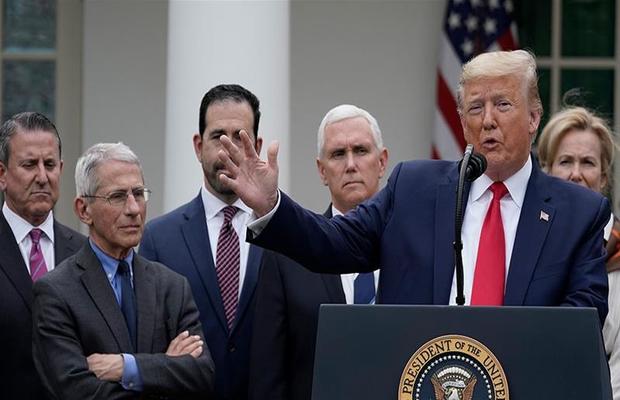 US President Donald Trump has declared a national emergency over the novel coronavirus on Friday to tackle the growing outbreak of coronavirus.

“To unleash the full power of the federal government, I´m officially declaring a national emergency,” Trump said in a statement on the White House lawn.

According to the US President, the declaration – “two very big words”- allows the federal government to tap up to $50bn in emergency relief funds.

The precautionary move loosens regulations on the supply of healthcare and could speed up testing – the slow pace of which has been criticized widely.

Several US states have taken action to combat the infection rate which included banning large gatherings, sporting events and schools are closed.

The epidemic originated in China last December, but the “epicentre” of the global pandemic in Europe, the head of the World Health Organization said on Friday, as several European countries reported abrupt rises in infections and deaths.