So Donald Trump is like a Bahubali for Indians? 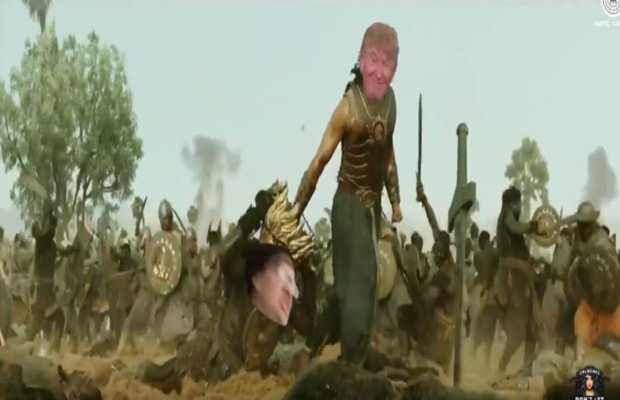 President of the United States Donald Trump has arrived in India on a two-day visit along with the first lady Melania Trump on Monday.

The whole world is closely watching this US president’s tour as it aims at expanding India-US global partnership.

However, a day ahead of the commencement of his state visit to India, Donald Trump retweeted a video clip comprising of titbits of Bollywood film with Donald Trump’s face photoshopped on film’s character.

We all know that US president has made a few cameo appearances in various Hollywood films bit this edited Bollywood clip is a way to much to handle.

“Look so forward to being with my great friends in INDIA!“, tweeted Trump

This left us wondering why was Bahubali movie clip chosen? those who have watched the Bollywood film, know that the fictitious character was all about fighting bad guys and injustice. So is Trump in India to fight against the Indian bad guys? That’s what came to our mind, your thoughts might be different.

But here is how people react to this publicity stunt:

This guy takes a golf cart everywhere and is afraid of birds and stairs, but yes this will be him in India. pic.twitter.com/F9q93eDpzn