Sheikh Mahmud Effendi kept a low profile in the following years, especially after the 1997 military memorandum in Turkey. 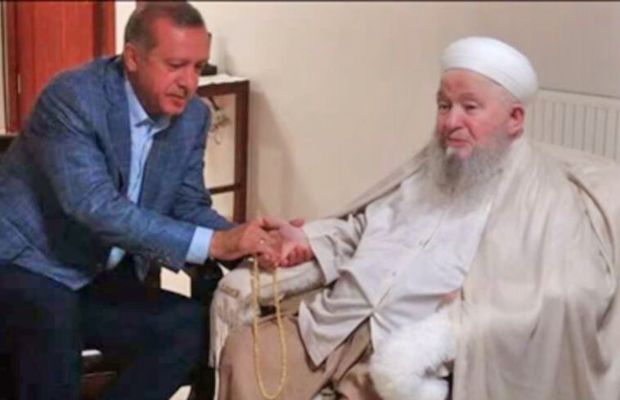 Sheikh Mahmud Effendi, one of the most popular Islamic teachers in Turkey, passed away on Thursday aged 93.

As reported, the leader of the İsmailağa community, Mahmud Ustaosmanoğlu, has been hospitalized for the past two weeks to get treatment for his infection.

His funeral prayers will be held at Fatih Mosque on Friday, June 24, after the Friday prayer.

The İsmailağa community is one of Turkey’s most prominent religious communities, formed between 1954 and 1997 by Mahmud Ustaosmanoğlu.

Sheikh Mahmud Effendi kept a low profile in the following years, especially after the 1997 military memorandum in Turkey.

He spent all of his life in the service of Islam and in a 50-year time frame, Sheikh Mahmud Effendi revived Islam and the Sunnah in Turkey and taught thousands of Ulamah and Huffadh.

News of his demise was confirmed on social media, after which condolences and prayers are being extended on his Twitter timeline.

The Mujaddid Shaykh Mahmud Efendi Al-Naqshbandi has left this temporarily world.
Truly a huge loss for the Ummah. May Allah be pleased with his efforts and allow us to benefit from his students. Ameen
Al-Fatihah pic.twitter.com/TxTwwZi99U

Innā li-Llāhi wa inna ilayhi rāji'ūn.
Saddened to learn of the passing of Shaykh Mahmud Effendi of Turkey. He revived Islam & Sunnah at a challenging time, inspiring millions of people in #Turkey & around the World.
A great loss for the Ummah.

tweet
Share on FacebookShare on TwitterShare on PinterestShare on Reddit
Saman SiddiquiJune 23, 2022
the authorSaman Siddiqui
Saman Siddiqui, A freelance journalist with a Master’s Degree in Mass Communication and MS in Peace and Conflict Studies. Associated with the media industry since 2006. Experience in various capacities including Program Host, Researcher, News Producer, Documentary Making, Voice Over, Content Writing Copy Editing, and Blogging, and currently associated with OyeYeah since 2018, working as an Editor.
All posts bySaman Siddiqui