Coronavirus Outbreak: Turkey imposes partial curfew for citizens over 65 and with chronic diseases

The number of confirmed cases in Turkey has increased from 670 to 947 on Saturday. 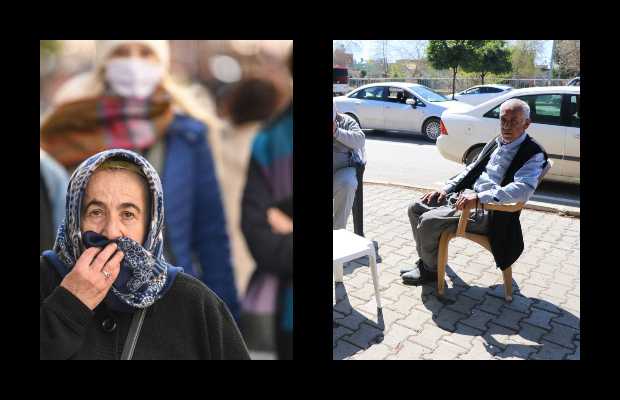 Turkey bans people above 65 and those with chronic health problems from leaving homes, as part of measures against the coronavirus outbreak.

“As of midnight today, the citizens aged 65 and over and also people who suffer from chronic illnesses are restricted to go out of their homes and to walk in open areas such as parks, gardens,” the interior ministry said in a statement.

Turkey reported 277 new positive cases and 12 deaths on Saturday, bringing the death toll to 21 and 947 cases in total – according to the Health Minister Fahrettin Koca.

The Turkish Health Ministry announced late on Saturday Turkey’s coronavirus death toll had shot up to 21 from nine victims after 12 elderly people succumbed to the pandemic that has stopped countries in its tracks.

“We lost 12 of our elderly patients,” Health Minister Fahrettin Koca tweeted. “The risk of death increases with age.”

On March 21, Turkey also suspended flights with 46 more countries. The new ban applies to countries including Canada and the northern part of Cyprus.

Meanwhile, picnics and barbecues are also banned, as well as barbershops, hair and beauty salons have also been closed as the number of cases has roughly doubled every day for a week.

He urges people to stay at home and be mindful of the elderly and chronically ill, will be delivered to Turkish citizens through robocalls, especially to those over the age of 50, reports state-run Anadolu agency.

In Turkey, all private hospitals, which meet the criteria have been declared to be “pandemic hospitals,” which will require them to dedicate several wards and ICUs to patients who need treatment for COVID-19.

tweet
Share on FacebookShare on TwitterShare on PinterestShare on Reddit
Saman SiddiquiMarch 22, 2020
the authorSaman Siddiqui
Saman Siddiqui, A freelance journalist with a Master’s Degree in Mass Communication and MS in Peace and Conflict Studies. Associated with the media industry since 2006. Experience in various capacities including Program Host, Researcher, News Producer, Documentary Making, Voice Over, Content Writing Copy Editing, and Blogging, and currently associated with OyeYeah since 2018, working as an Editor.
All posts bySaman Siddiqui