Social media is buzzing with the highlights of the Pakistan Day Parade. 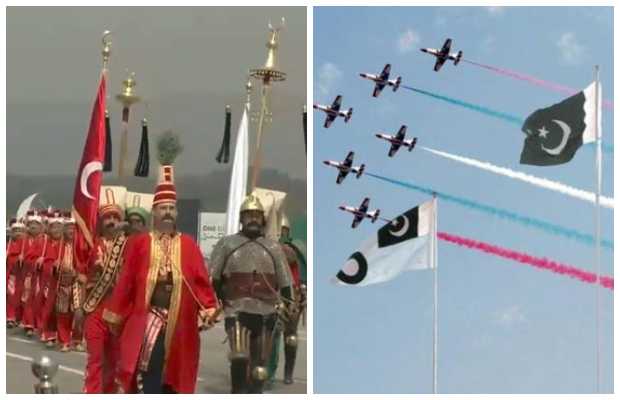 Turkish military band and Solo Türk — the famous aerobatics team of the Turkish Air Force became the main highlights of the Pakistan Day Parade on Thursday.

The traditional Pakistan Day celebrations parade held in Islamabad was previously postponed due to bad weather conditions in the federal capital.

A joint parade of the Armed Forces on the occasion of Pakistan Day saw the Turkish military band play the ‘Dirilis Ertuğrul’s’ theme song paying homage to the brave Muslim general Ertugrul Ghazi.

Pakistanis are now familiar with the forefather of the Ottoman Empire as the hit historic series is being aired on the national television dubbed in Urdu, Ertugrul Ghazi. 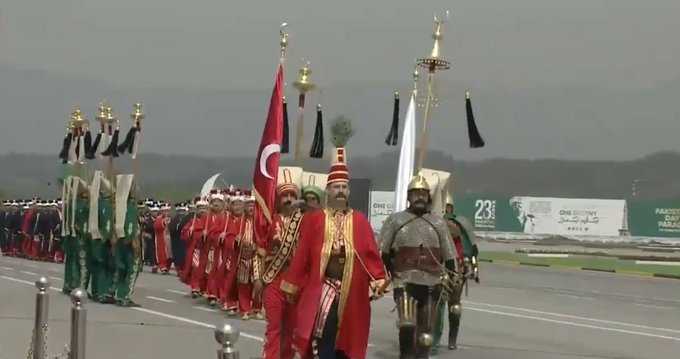 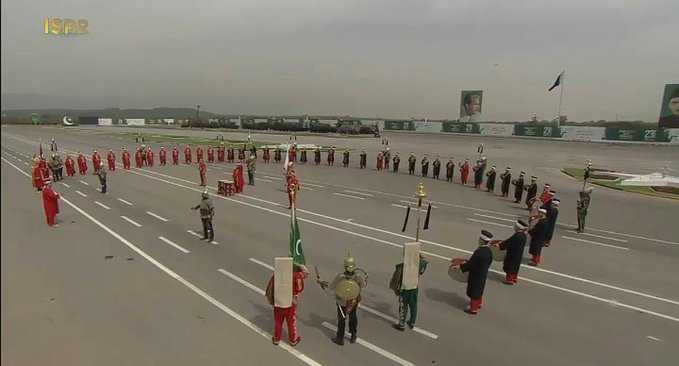 During the parade, the Turkish band was holding three flags, white red, and green. The white flag representing peace, red for the Ottoman Empire, and green flags representing Islam.

It became a memorable event as the famous aerobatics team of the Turkish Air Force presented the  Mind-Blowing ‘Solo Turk’ Air Show. 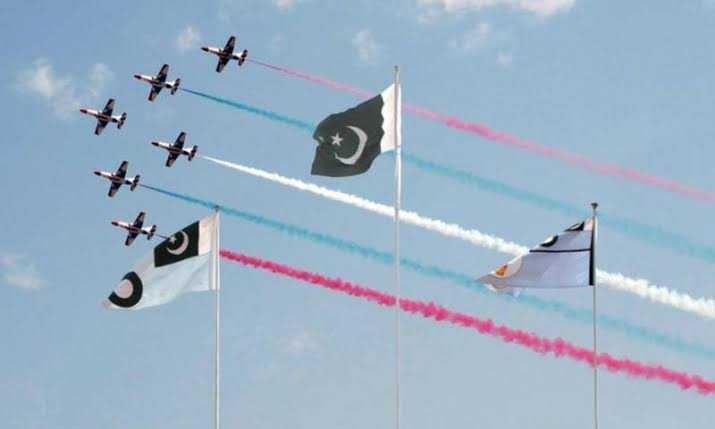 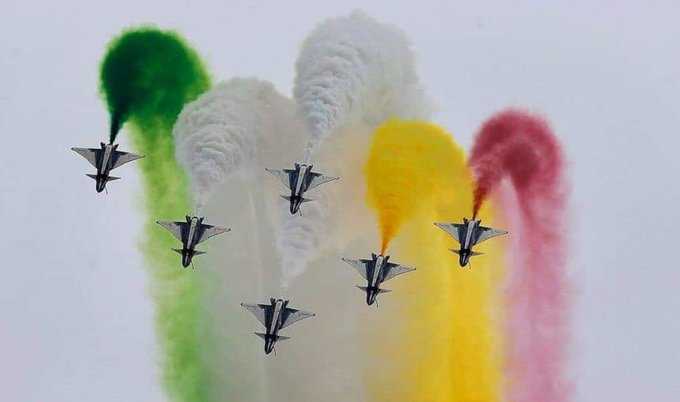 The pilot also chanted the slogan “Long live Pak-Turkish friendship” the recording of which was aired on the state-run television.

Turkish commentator, Captain Mustafa, who also performed as a host and was heard taking in Urdu. He also recited Allama Iqbal’s couplets.

Social media today is buzzing with the highlights of the Pakistan Day Parade.