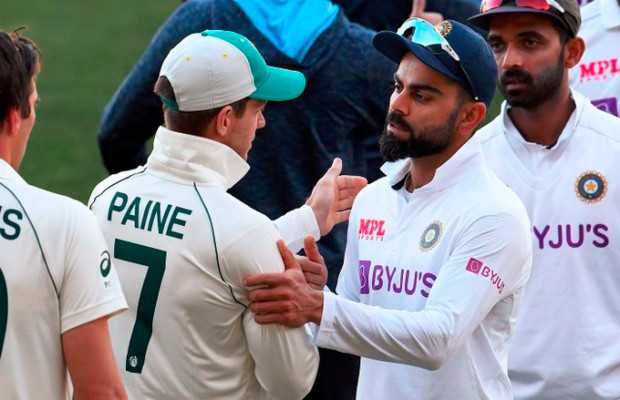 Most of the cricket world on Saturday morning woke up to the news of India all out with only 36 runs on board against Australia.

India was bowled out on its record lowest score on the third day of the Adelaide Test.

The previous lower record for India was 42 runs against England at Lord’s in 1974.

Pat Cummins and Josh Hazlewood both were heroes of the day after hitting Test wicket milestones in an incredible first session.

The turn of events at the Adelaide ground has left Twitter digging gold with all sorts of reactions and memes, including posts from the cricket’s greats.

“Wait what happened? I just went to play 9 holes came back game over. What a spell by The Australians. Pace matters. #INDvsAUSTest,” said Wasim in a tweet.

Wait what happened? I just went to play 9 holes came back game over . What a spell by The Australians . Pace matters. #INDvsAUSTest

And there was a similar reaction from former Pakistani fast bowler Shoaib Akhtar as well:

While Sachin Tendulkar came out praising the beauty of cricket amid India’s humiliating defeat:

With the way India batted & bowled in the 1st innings, they were in the driver's seat, but the Aussies came back really hard this morning.
That is the beauty of Test cricket.
It’s NEVER over till it’s over. India was outclassed in the 2nd half. Congratulations to Australia!

Here is how Twitter reacts to India losing the first test against Australia with various hashtags including #36AllOut, #Kohli, #Adelaide and MIG-21s.

Let me make it worse for India. This is lowest Test score in the 21st century 😂🤭😄#AUSvIND

Thrilling performance by Indian players just like Mig 21s. I hope they will never forget this performance. Extraordinary performance.#AUSvIND pic.twitter.com/mJnTwOUugc

Thanks for the surprise boys Face with tears of joy#Kohli#INDvAUS#IndiavsAustralia pic.twitter.com/G4ZZnrRVO3

tweet
Share on FacebookShare on TwitterShare on PinterestShare on Reddit
Saman SiddiquiDecember 19, 2020
the authorSaman Siddiqui
Saman Siddiqui, A freelance journalist with a Master’s Degree in Mass Communication and MS in Peace and Conflict Studies. Associated with the media industry since 2006. Experience in various capacities including Program Host, Researcher, News Producer, Documentary Making, Voice Over, Content Writing Copy Editing, and Blogging, and currently associated with OyeYeah since 2018, working as an Editor.
All posts bySaman Siddiqui