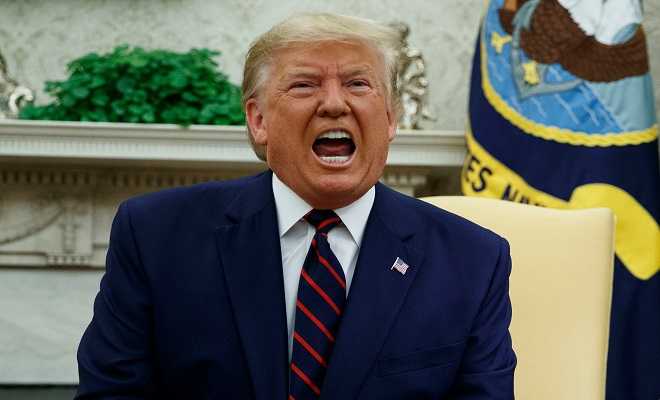 The coronavirus toll has reached 256,798 cases around the world while the death toll has risen to 10,500. The pandemic is growing with every passing minute but the US President isn’t really bothered about the gravity of the situation, because, for him, the coronavirus is racist.

After failing more than once to address the issue, the 45th US President, took to Twitter to tweet something that came across as entirely racist in a time that could do without such.

Twitter lost its cool immediately and most of them called out Donald Trump right away;

Trump’s strategy is to keep calling the coronavirus the “Chinese Virus” until we become desensitized to his racism and it becomes mundane for everyone in both mainstream and social media. The outrage gets less and less until it’s just accepted as a matter of course.

Imagine knowing that calling the coronavirus the #ChineseVirus is racist but doing it again anyways.

But here we are.

Won't make it true no matter how much you say it.

He will tweet Chinese virus until his base believes there is such a thing. This is calculated. He continues to show us how racist he is.

Lmao you know Donald Trump is racist when he can’t stop being racist even during a world crisis. Lol I cant believe he publicly called the corona the Chinese virus. Straight up ignorant dumb ass lol.

And they're all being lead by a Racist.

This isn’t the first time that Donald Trump referred to coronavirus as the ‘Chinese Virus’ on a public platform. Last week,  he addressed a press conference where he defended his racist remarks, saying, “Well China was putting out information, which was false, that our military gave this to them. That was false. Rather than having an argument, I said I have to call it where it came from. It did come from China.”