ARY NEWS shared a video on 15 Aug, when Pakistan observed black day in solidarity with the people of Kashmir. 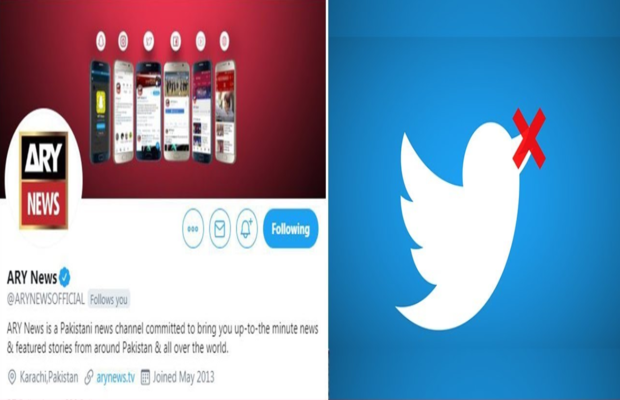 The world’s famous micro-blogging site Twitter has sent a notice to ARY News’ official Twitter account over a video highlighting Indian atrocities in Occupied Kashmir and expressing solidarity with people of the valley, on Saturday.

The notice issued by Twitter said: “In the interest of transparency, we are writing to inform you that Twitter has received a request from Law enforcement of India regarding your Twitter account, @ARYNEWSOFFICIAL, that claims the following content violates the law(s) of India”.

“We understand that receiving this type of notice can be an unsettling experience. While Twitter is not able to provide legal advice [or translate any attached legal process], we want you to have an opportunity to evaluate the request and, if you wish, take appropriate action to protect your interests”, the notice further reads.

ARY NEWS shared a video on 15 Aug, when Pakistan observed a black day in solidarity with the people of Kashmir.

The leading news channel’s CEO Salman Iqbal, in the tweet wrote: “Twitter send notice to ARY NEWS OFFICIAL for highlighting Kashmir Issue !!!”.
He also questioned is that Freedom Of Speech?

Earlier, President of Pakistan Dr. Arif Alvi received a similar notice from Twitter in an email, however, his account was not suspended.