Abhinandan was arrested on Feb 27, 2019, after his aircraft was shot down by the PAF upon violating Pakistani airspace. 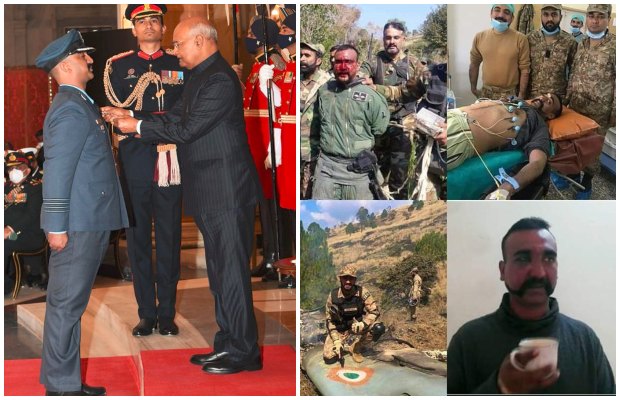 Well, it can happen only in Modi’s India where Indian Air Force (IAF) pilot Abhinandan Varthaman was awarded the country’s third-highest gallantry medal on Monday.

The world saw that IAF pilot Abhinandan was captured by Pakistan in 2019 after his MiG 21 Bison aircraft was shot down by a Pakistan Air Force (PAF) jet.

And he was released after a couple of days of being held in the Pakistan Army’s custody.

The decision was taken as a “peace gesture” by Pakistan Prime Minister Imran Khan towards India.

According to the Indian media report, Abhinandan, who was recently promoted from wing commander to group captain, was awarded the medal for “showing conspicuous courage” while shooting down a Pakistani F-16 aircraft in February 2019.

Wow, the country can fabricate facts and but facts can not remain hidden during this digital age!

A video-based social media channel from Kashmir has given a soft reminder to India about what happened on February 27.