According to the French police, the gunman was trying to set fire to the mosque's door 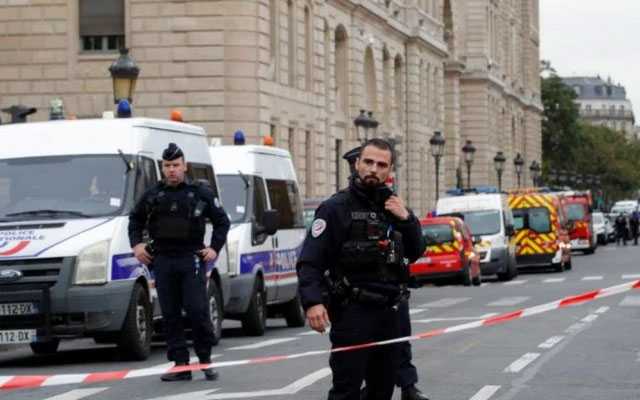 French police have arrested an elderly man suspected of firing shots outside a mosque in the south-western city of Bayonne.

According to the French police, the gunman was trying to set fire to the mosque’s door and shot two people, aged 74 and 78, were seriously injured in the shooting at 1420 GMT as they tried to prevent the attacker from setting fire to the mosque.

The 84-year-old shooter also set a car on fire while fleeing the area, however, the police later arrested the suspected attacker. He was arrested near his home close to Bayonne.

“A handgun was also found in the suspect’s car,” said the police.

After the incident, the injured were immediately taken to the hospital.

French President Emmanuel Macron has strongly condemned the purposeful attack on mosque what he described as “heinous”. 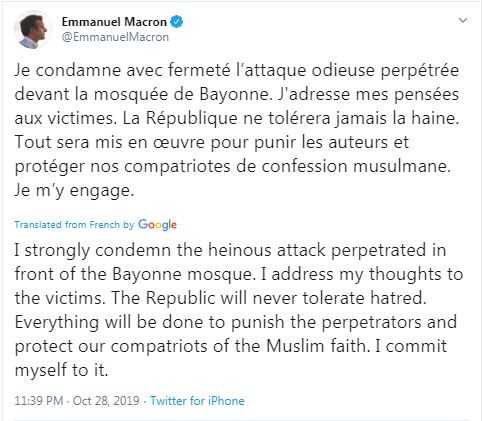 “The Republic will never tolerate hatred,” he said. “Everything will be done to punish the perpetrators and protect our compatriots of the Muslim faith.”

“My thoughts are with the victims and their family”, Interior Minister Christophe Castaner wrote on his Twitter account. 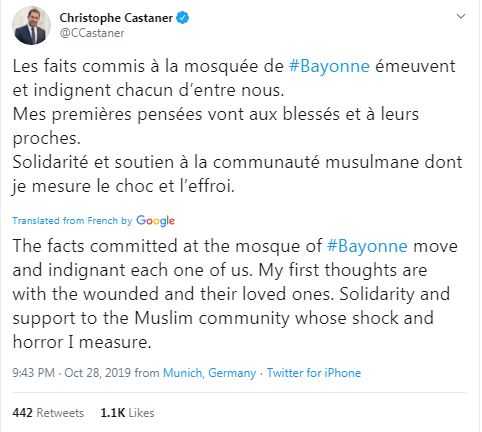 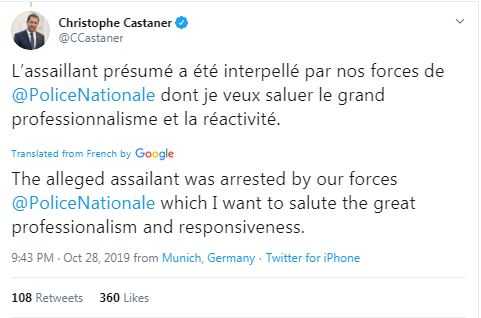 Meanwhile, a police source revealed that the suspect had far-right connections. A separate source familiar with the situation said the man had been a candidate for Marine Le Pen’s National Rally party in 2015. 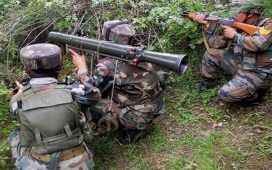