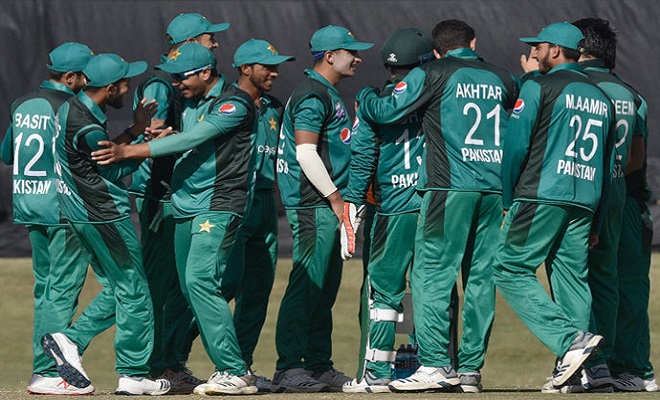 Pakistan U19 team registered their 1st win of the U19 Asia Cup by beating Kuwait U19 by 163 runs. Despite the win, Pakistan failed two make it to the semi-final, owing to two defeats earlier in the tournament against Afghanistan and India.

Batting 1st, Pakistan posted a mammoth total of 335. Irfan Khan and Haris Khan laid the foundation with brisk 50s. Last match’s centurion Rohail Nazir made 37. However, the final push came from Wasim Khan, who hit a 20 ball 55 to take Pakistan past 330. For Kuwait, Jandu Hamoud picked up four wickets.

Kuwait was never in the game with the bat as Qasim who had knitted 28 with the bat picked up four wickets. Wasim Khan after his batting exploits also took three wickets. Resistance came from Kuwait’s captain Abdul Sadiq, who scored 60 runs.

Despite the win, overall it was a very disappointing tournament for the Pakistan side as they lost comfortably against arch-rivals India and Afghanistan bowled them out for 78. New coach Ijaz Ahmed’s tenure is off to a poor start.