204 days and more than 480 million kms later, the Hope Probe is now in the Capture Orbit of Mars 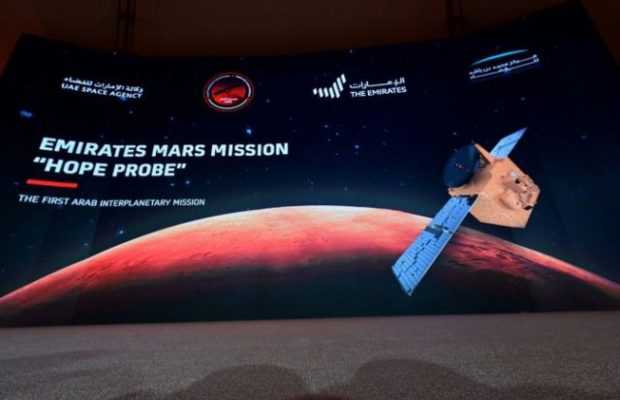 The United Arab Emirates (UAE)’ first mission to Mars has successfully reached the red planet and entered orbit on Tuesday after a seven-month, and 494 million km journey.

The First Arab Mission will now start sending data about the Martian atmosphere and climate.

This mission makes the UAE the fifth space agency to reach Mars.

The Mars programme is part of the UAE’s efforts to develop its scientific and technological capabilities and reduce its reliance on oil. The UAE Space Agency even has a plan for a Mars settlement by 2117.

The Emirates Mars Mission has cost around $200 million and it was launched from a Japanese space centre on 20, July 2020.

tweet
Share on FacebookShare on TwitterShare on PinterestShare on Reddit
Saman SiddiquiFebruary 9, 2021
the authorSaman Siddiqui
Saman Siddiqui, A freelance journalist with a Master’s Degree in Mass Communication and MS in Peace and Conflict Studies. Associated with the media industry since 2006. Experience in various capacities including Program Host, Researcher, News Producer, Documentary Making, Voice Over, Content Writing Copy Editing, and Blogging, and currently associated with OyeYeah since 2018, working as an Editor.
All posts bySaman Siddiqui