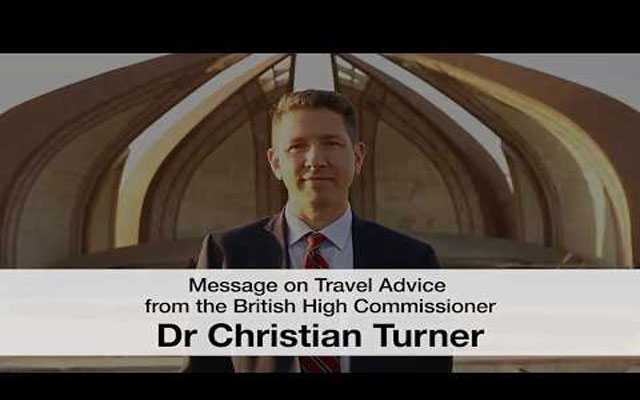 The United Kingdom has changed the travel advisory for its citizens who wish to visit Pakistan, stating that the country was safer for tourism citing the “improving security situation” in Pakistan, the UK Foreign and Commonwealth Office (FCO) announced on Friday.

The government of the UK has also updated its website changing the clause in a travel advisory.

“This is the first major update in the travel advice since 2015,” read a post on the UK government’s website.

UK Foreign and Commonwealth Office in a statement said that British nationals would be able to “travel by road to the North of Pakistan as well as the Kalesh and Bamboret Valleys”. The statement issued following a “wide-ranging assessment” of Pakistan’s security situation.

The British High Commissioner to Pakistan, Dr. Christian Turner, said: “It is a great credit to the hard work of the Government of Pakistan in delivering improved security over the past five years.

“I am delighted that British nationals will be able to see more of what Pakistan has to offer,” Dr. Turner added.

UK travel advice change: pleased that 🇬🇧 nationals will be able to see more of what 🇵🇰 has to offer pic.twitter.com/BvNYE6erX1

The statement also mentioned the long-awaited return of British Airways’ flights to Pakistan back in June 2019. UK Royals — Prince William and Catherine, Duchess of Cambridge — also visited various towns and cities in the country in October 2019.