The publication has also removed the article in question written by David Rose from all platforms of Mail publisher titled ‘Did the family of Pakistani politician who has become the poster boy for British overseas aid STEAL funds meant for earthquake victims’, which was published on July 14, 2019.

UK’s Daily Mail newspaper on Thursday in its clarification statement, said that the report was based on an investigation by National Accountability Bureau into PM Shehbaz and suggested that the money under ‘investigation included a not insubstantial sum of British public money that had been paid to the Punjab province in DFID grant aid’.

“We accept Mr Sharif has never been accused by the National Accountability Bureau (NAB) of any wrongdoing in relation to British public money or DFID grant aid. We are pleased to make this clear and apologise to Mr Sharif for this error,” it added. 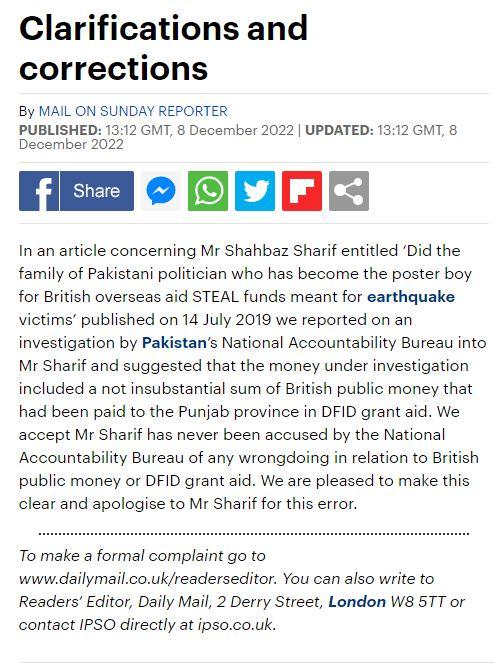