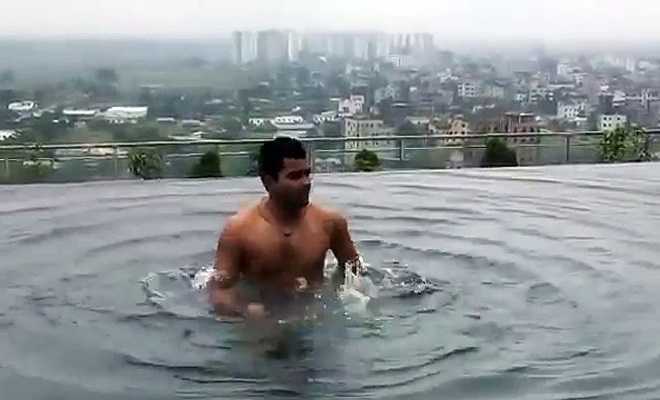 The most severe punishment might be reserved for junior Akmal - OyeYeah News
2Shares
1.6KViews

Umar Akmal is set to face yet another ban after he misbehaved with a staff member during a fitness test at the National Cricket Academy (NCA). Kamran Akmal also failed his fitness test, while Salman But is yet to undergo one.

The most severe punishment might be reserved for junior Akmal. It is believed that after not reaching the set benchmark in his fitness test, he exposed himself completely in front of the trainer and asked him ‘Where is the fat?”

The PCB confirmed that they were aware of the matter and appropriate action will be taken. The punishment might come in the form of a ban from the upcoming domestic one-day cup. Kamran Akmal, on the other hand, defended the actions of his brother and said that he did it in mischief and it was all just a big misunderstanding.

However, Kamran Akmal himself could be facing trouble after failing to pass fitness tests by a significant margin. Former Pakistan captain Salman Butt is also in hot water after he refused to undergo a fitness test and demanded a rescheduling. His request was denied by the staff.

The Peshawar Zalmi keeper was scheduled to take a fitness test with the Central Punjab squad on 11th January. However, he missed that citing a conflict with a photoshoot with his PSL franchise. Subsequently, a test was set for 20th January, but he again missed it after informing the management that he was suffering from fever. Eventually, he took the test on 28th January and failed in almost all counts.

“I had informed the management each time I didn’t come. I had reasons and I came on January 28 for the test. As far as the result is concerned, you will see an improvement in the next test after the PSL”, he said.

Kamran Akmal, recently pleaded with PCB patron Imran Khan to look into the matter of his national selection. This, however, might come as a blow to his aspirations to play for Pakistan.

Neither Salman Butt nor the Akmal brothers have signed contracts with the provincial teams.