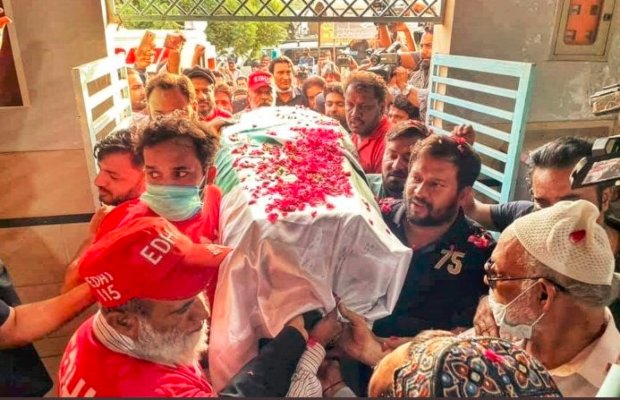 Pakistan’s legendary comedian Umer Sharif who passed away on Oct 2 in Germany, was brought back to home town on Wednesday morning via flight en route from Istanbul.

Umer Sharif’s son Jawad Umer and friends of the late artist received the body at the airport.

The casket carrying Umer Sharif’s last remains was taken to Edhi morgue before being transported to his residence.

The funeral prayers of The King Of Comedy will be offered at 3 pm at the Umer Sharif Park in Clifton block-2, Karachi according to his son.

As being reported, Umer Sharif will be laid to rest next to the grave of Shireen Jinnah, sister of Quaid-e-Azam Muhammad Ali Jinnah & Fatima Jinnah, at the Abdullah Shah Ghazi graveyard.