UN Security Council to have meeting over Kashmir issue on Friday

According to diplomatic sources, the UN Security Council will discuss the Kashmir dispute under agenda item Pakistan-India question. 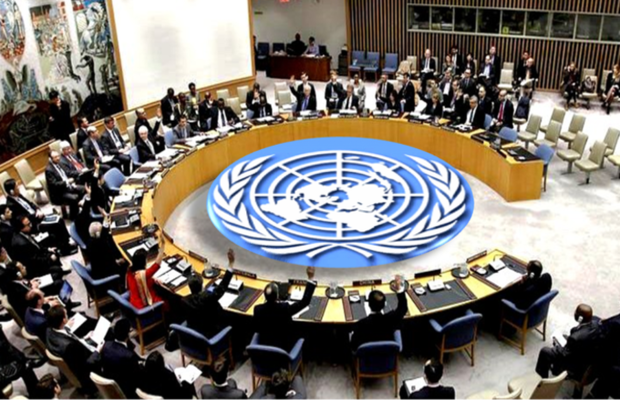 UN Security Council has convened an emergency session to discuss the Kashmir crisis on Friday, 16th of August upon Pakistan’s request.

Reportedly, India tried to stop the meeting from convening but failed in its attempt. This comes as a first major setback for New Delhi.

UNSC president Joanna Wronecka is being quoted by Geo News, who said, “The UNSC will discuss the Jammu and Kashmir situation behind closed doors most likely on August 16”.

This major development comes a day after as China has backed Pakistan’s request for the international body to discuss India’s move and asked the UNSC on Wednesday to meet behind closed doors, diplomats said.

According to diplomatic sources, the UN Security Council will discuss the Kashmir dispute under agenda item Pakistan-India question.

Last time occupied Kashmir found a reference in the UNSC was the UN Security Council Resolution 1172 in 1998 after Pakistan had conducted nuclear tests.

There are 11 UN resolutions on Kashmir, with three specifically pertaining to the status of the occupied region.

In a statement issued on Tuesday, Foreign Minister Shah Mehmood Qureshi said he had written a letter to the UNSC president, asking the latter to convene an emergency meeting of the council to discuss India’s “illegal actions” that also “violate UN resolutions on Kashmir”.

Pakistan has drawn the attention of the UNSC presidency to the grave threat to peace and security in South Asia after India annexed occupied Kashmir, and Pakistan called for summoning an emergency meeting of the council to discuss the rapidly aggravating situation in Indian Occupied Kashmir.

tweet
Share on FacebookShare on TwitterShare on PinterestShare on Reddit
Saman SiddiquiAugust 15, 2019
the authorSaman Siddiqui
Saman Siddiqui, A freelance journalist with a Master’s Degree in Mass Communication and MS in Peace and Conflict Studies. Associated with the media industry since 2006. Experience in various capacities including Program Host, Researcher, News Producer, Documentary Making, Voice Over, Content Writing Copy Editing, and Blogging, and currently associated with OyeYeah since 2018, working as an Editor.
All posts bySaman Siddiqui