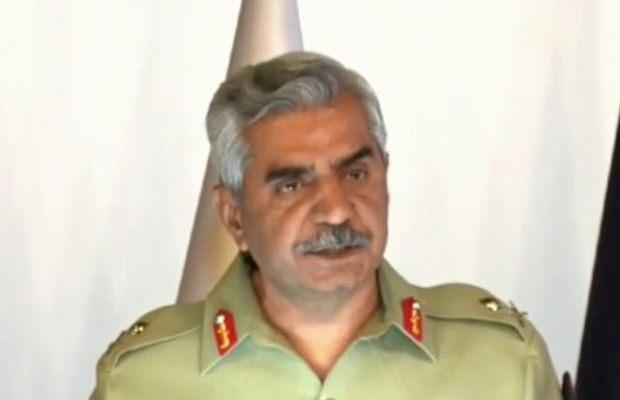 An unarmed supersonic missile was fired from India into Pakistan, briefed DG ISPR in a press conference on Thursday.

“It was a supersonic flying object, most probably a missile, but it was certainly unarmed,” he said.

“On March 9, at 6:43 pm, a high-speed flying object was picked up inside the Indian territory by Air Defence Operations Centre of the Pakistan Air Force (PAF),” he stated.

“When it fell, it damaged civilian properties,” he stated, adding that no loss of life was reported.

“PAF continuously monitored the complete flying path of the object, from its point of origin near Sirsa in India to its point of impact, near Mian Channu. It initiated requisite tactical actions,” he said.

“It is important to highlight that the flight path of this object endangered many international and domestic passenger flights — both in Indian and Pakistani air space — as well as human life and property on the ground.

“Whatever caused this incident to happen, it is for the Indians to explain. It, nevertheless, shows their disregard for aviation safety and reflects very poorly on their technological prowess and procedural efficiency,” he said. 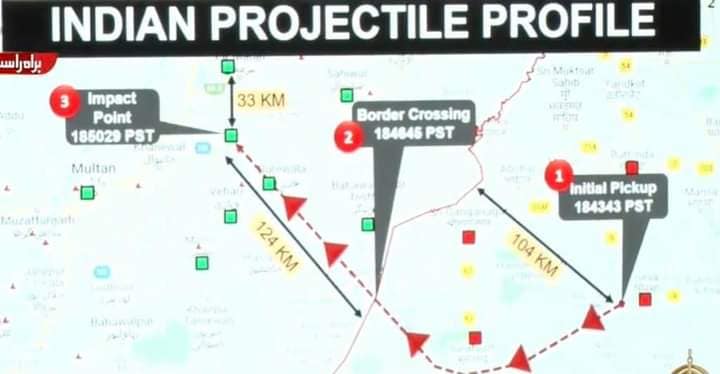 DG ISPR added that this could have resulted in a major aviation disaster.

The DG also made it clear that there was no sensitive installation in Mian Channu where the projectile fell.

Responding to a question, DG  said “testing and trial of such weapon systems do take place. But what this was, India has to explain.”

“This incident reflects the questionable capabilities of the human resources working on these programmes in India as well as this technology.”

When asked about more details regarding the object, he said “we are not claiming anything right now”. “As a responsible nation, we will wait for India to respond. We have given details of whatever we know right now. But it is for the Indians to explain what happened in Mian Channu.”

“All our forces are alert to the threat and challenges that we face.”