Govt.’s desperate attempts to show “rosy picture of normalcy” in JnK is beyond pathetic, Urmila Matondkar hits out at BJP

Actor-turned-politician Urmila Matondkar tells that her husband hasn't spoken to his ailing parents in Kashmir for 3 weeks! 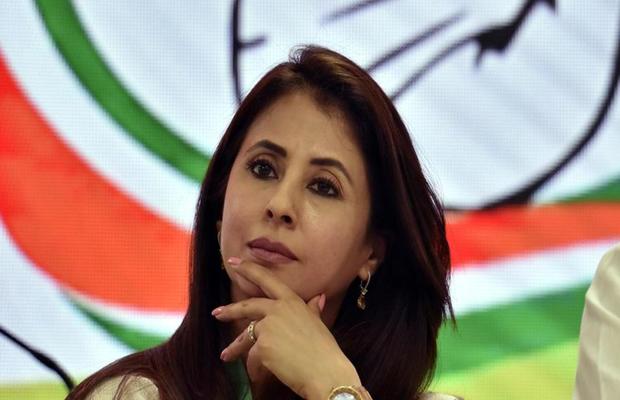 Bollywood actress turned politician, Urmila Matondkar has been constantly hitting at the Indian government over its policy for Jammu and Kashmir.

In her recent tweet, Urmila openly criticized BJP govt. for its decision to revoke Article 370 and the security clampdown in occupied Kashmir.

The Rangeela starrer wrote: Govt.’s desperate attempts to show “rosy picture of normalcy” in JnK is beyond pathetic. With #370Scrapped and talks of bright future, till when is this torture of local people and leaders going to end? How is “sabka vishwas” ever possible like this??

In another tweet, she made another hit at the Indian govt. saying, “It is easy to drape ourselves in our national flag and shout ‘Mera Bharat Mahaan’ and ‘Jai Ho’, but it is difficult to practice the values. Patriotism means what will bring the best out of every citizen,” Narayana Murthy, Infosys, explaining the true meaning of patriotism”.

While talking to the press, Urmila, who married Kashmir based businessman and model Mohsin Akhtar Mir on 3 March 2016, told that her husband has not been able to speak to his parents, who live in Kashmir, for the last 22 days.

“The question is not only about abrogating Article 370. It was done in inhuman manner,” Matondkar, who contested the Lok Sabha election unsuccessfully on Congress ticket, told reporters here.

“My father-in-law and mother-in-law stay there. Both are diabetic, have high blood pressure. Today is the 22nd day, neither me nor my husband have been able to speak to them. We have no clue if they have medicines available at home,” she said