Alice Wells statement comes ahead of Imran Khan's visit to US. 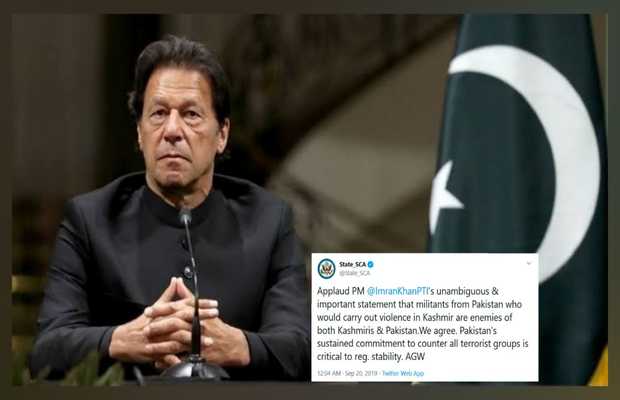 The US State Department has lauded Prime Minister Imran Khan’s “unambiguous” and “important” statement given during a speech on the eve of Torkham border inauguration on Wednesday, in which he warned citizens against joining the freedom movement in Indian occupied Kashmir.

Acting Assistant Secretary for South and Central Asia Alice G. Wells, while welcoming PM Imran Khan’s remarks, said on Twitter, “Applaud PM @ImranKhanPTI’s unambiguous & important statement that militants from Pakistan who would carry out violence in Kashmir are enemies of both Kashmiris & Pakistan. We agree. Pakistan’s sustained commitment to counter all terrorist groups is critical to reg. stability. AGW” 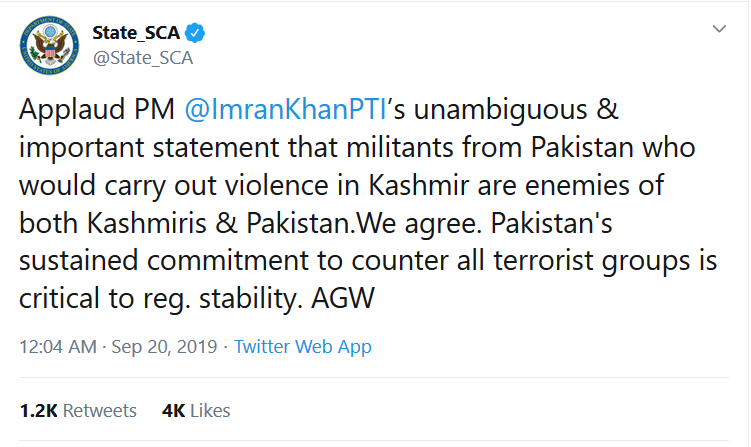 PM Imran Khan while addressing a press conference after inaugurating 24/7 operations at the busy Torkham border town, had said: “Such a person would be an enemy of Pakistan and Kashmir,” he further added that India would exploit it and blame the country for sponsoring terrorism in the Indian Occupied Kashmir (IOK).