US capital facing "a major security threat", one week after supporters of outgoing President Donald Trump stormed the US Capitol 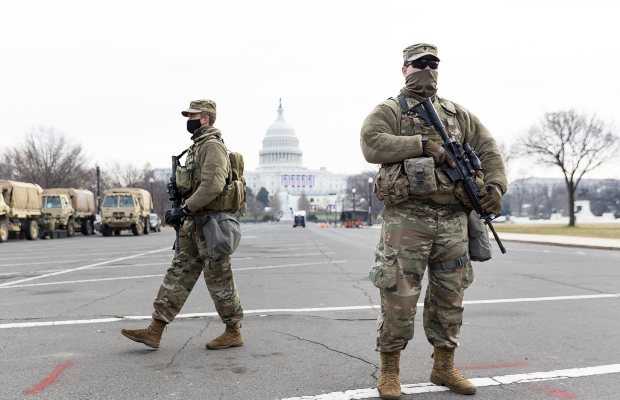 US Capitol has been put under lockdown - OyeYeah News
0Share
124Views

US Capitol has been put under lockdown due to ‘security threat’ days before Joe Biden’s inauguration.

Earlier on Thursday, the center of Washington was on lockdown after more than 20,000 armed National Guard troops were being mobilized due to security concerns ahead of the presidential inauguration of Joe Biden.

Washington Police Chief Robert Contee in a statement said that the US capital was facing a major security threat, one week after supporters of outgoing President Donald Trump stormed the US Capitol to try to block Biden’s confirmation as the election winner.

Joe Biden will take the oath of office in a ceremony on the steps of the Capitol Building, which is reportedly still being repaired from last week’s violent attacks.

However, many of the traditional events have been changed and Biden’s inauguration is going to be the first of its kind in US history.

This time, the city has announced that the National Mall will be entirely closed to the public – an unprecedented shutdown of America’s most prominent public monuments – over fears of violent protests.

Usually, the National Mall is packed with people on Inauguration Day, which leads from the Lincoln Memorial, past the Washington Monument to the steps of the Capitol Building.