It has been an outstanding four hours 50 minutes’ match for Nadal to seize his fourth crown of the US Open in New York. 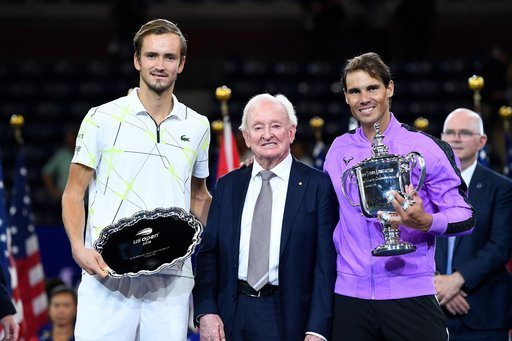 Nadal was cruising at two sets and a break up before fifth seed Medvedev, 23, fought back to take Sunday’s final into a decider.

The Spanish second seed was tearful when a video of his major wins was played on the big screens on Arthur Ashe Stadium. 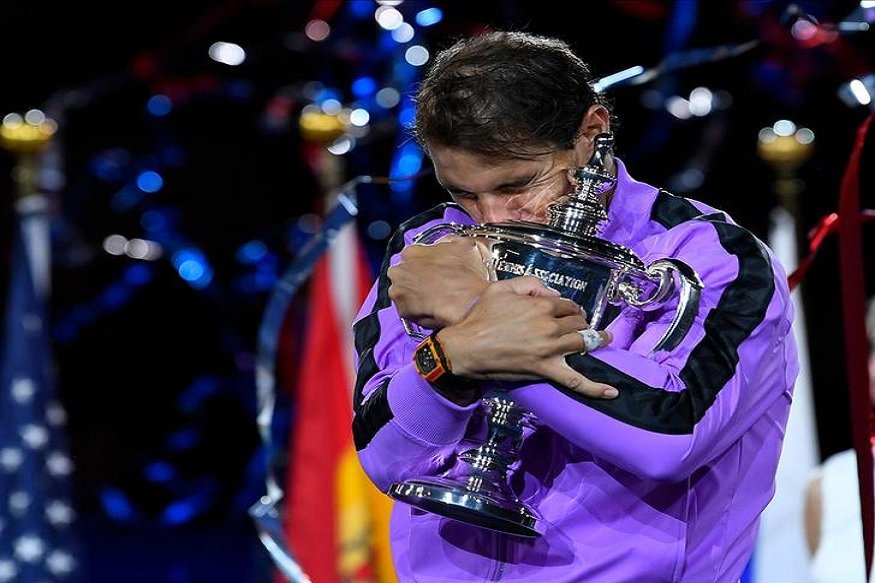 “This trophy means everything to me today,” said Nadal, at the post-match press conference.

“Personal satisfaction of the way that I resisted all these tough moments is very high.

“The emotions have been there watching all the success, all the moments that came to my mind in that moment. Yeah, I tried to hold the emotion, but some moments was impossible.”

The 33-year-old, left-hander Spanish is now one shy of Roger Federer’s all-time men’s record 20 Grand Slam triumphs and became the second-oldest New York champion in the Open era after Ken Rosewall in 1970 at age 35.

At four hours and 50 minutes, the final of 2019 US open-finished four minutes’ shy of equaling the longest final in US Open history from Mats Wilander’s 1988 win and Andy Murray’s 2012 title.