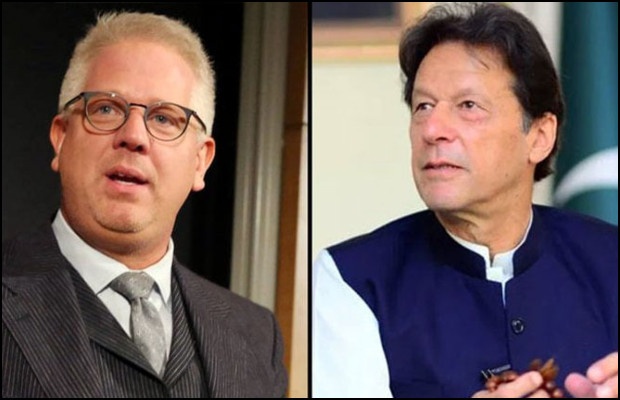 Glenn Beck’s charity organisation has been assisting with evacuations from Afghanistan after the Taliban takeover.

In a series of tweets, he said they had reached out to several world leaders for help. The silence was shocking as was the outpouring for help on a humanitarian basis.

The Journalist said that it was Prime Minister Imran Khan who immediately responded to our requests and acted on his willingness to assist.

The American host has shared a statement thanking Pm Imran Khan and said that he will share correspondence between him and PM Imran on the radio.

“We reached out and asked numerous leaders and civil societies around the world for help and Prime Minister Imran Khan of Pakistan responded with determination and without hesitation,” Gleen Beck said.

Words cannot express our gratitude to Prime Minister Khan and the people of Pakistan. @ImranKhanPTI pic.twitter.com/8Bz7frUjyY

In a series of tweets, he said that Pakistan’s leadership helped with the release and departure of three flights overall.

“Tomorrow on the radio I will share the letters exchanged between me and the prime minister of Pakistan. In the hour of desperate need, I reached out in the hopes that some sort of leadership could be found to help us do the impossible, he tweeted.

1. Tomorrow on radio I will share the letters exchanged between me and the prime minister of Pakistan. In the hour of desperate need I reached out in the hopes that some sort of leadership could be found to help us do the impossible. @ImranKhanPTI Con’t pic.twitter.com/qyCTtBCJo4

Beck said that Prime Minister Imran’s “leadership of placing humanity before politics is a great example of inter-faith cooperation between the faiths, bridged by the shared value of human compassion”.

“Pakistan has once again proven to be a valued partner in all seasons for the United States, despite recent criticisms from some sections of US media,” he said. “We look forward to the ongoing continued cooperation in the coming weeks as we continue our common goal of protecting the innocent during this humanitarian effort.”

He added that the US should recognize Pakistan’s assistance at this juncture:

“We will not forget this support that has enabled America and its allies to make good on their promises to those who helped them without pause or reflection.”

6. He has been gracious with his time and never once questioned our motives. We have spoken about our different faiths and how when truly executed in their highest form, innocent life must be protected and saved. CON’t

8. Because of his tireless leadership and support from the military and civilian resource of Pakistan, three planes were released by the Taliban, who have been businesslike in their responses to adhere to their agreement to let civilian allies of the NATO forces leave the country