Usman Durrani Drowned Along With Our Hopes from the System! 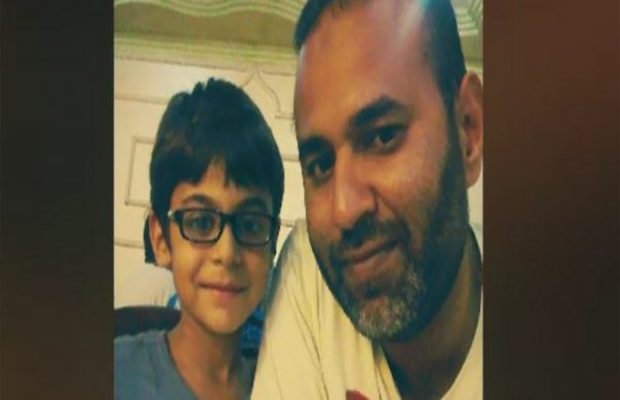 Last month a piece of heart-wrenching news surfaced on media as sixth-grader, an 11-year old student of Habib Public School, Usman Durrani drowned in the school’s swimming pool. While the authorities detained two instructors Saifullah and Mumtaz Akbar, present at the time of the incident, and lodged an unintentional murder complaint against the school, the matter left everyone numb.

It’s been over 10 days since the tragedy occurred, and the parents lost their peace of flesh, but following the pursuit of lawlessness and delayed justice, law enforcement officials are ‘yet to find a culprit’. The school, known as one of the best in Karachi, has issued a condolence statement and continues to go by its everyday routine as if what happened was a mere incident to be gotten over with.

So what happened on the day of the incident?

As per the school, Usman drowned in the swimming pool while the instructors were busy with other students. The school ‘immediately’ took the 11-year old boy to South City Hospital, where he was pronounced dead. He was then shifted to Civil Hospital for postmortem and the doctors categorically said that his cause of death was drowning.

Read More : Our Favorite Celebrity Couples and Their Cute Families

As per one of the instructions under police custody, Usman had just had lunch before the swimming class. The instructor claims that he choked on something thus drowned.

As per a close family member (anonymity maintained), Usman drowned right in front of the instructors who did not think of it to be a very serious situation. The school administration took the boy to its medical room where his situation detoriated. Upon this, the school management, without informing his parents, moved him to South City Hospital. It was only when the poor boy was pronounced dead that the school management informed Usman’s parents to come ‘and collect his body’. From there, the school administration was nowhere to be found until the matter became public.

The question is who is responsible for the death of an innocent? The school administration who hired apparently untrained or negligent instructors, the instructors who were ‘too busy’ to help a dying child or the medical staff of the school who did not have proper treatment to save Usman? Who do the parents hold accountable for their biggest loss?

Honestly, each one of the involved individuals is responsible for all this, and alongside we are responsible as a part of the system that does not provide swift justice. Why did the school not have adequate arrangements (both medical and technical) before carrying out swimming classes? Why was it that a boy drowning in the swimming pool was not the cause of a school shutting down for good. Why the law enforcement agencies are still unable to find culprits. WHY?

It is because of us. We the people who have received this incident as news that we’ll forget in a few weeks or so. It is because we have not created enough noise for the loss of one of our future assets. It is because we do not fear that Usman could be one of our children, in his school taking a swimming lesson right now.

So what can we do?

The age old, what can we do. The matter is with authorities is a threat to our society’s existence. It was Amal (killed by police firing), it was Zainab of Kasoor, it was countless children abducted in broad daylight and we remained quiet trusting the authorities to do their job. But did it ever give an outcome? Did the grieving parents find justice? Zainab was a one-off incident, but that has to be a precedence.

First and foremost, the parents who have their children enrolled in Habib Public School need to stand with Usman’s parents. It is ensured that every individual (instructors, medical staff and principle) is fired from the position that they completely failed to respect. The swimming pool has to be inspected by the parents, by experts to determine whether it’s safe for pupils or not, and if not the parents should boycott swimming classes till the school provides adequate safety measures.

Additionally, Habib Public School should be obliged to issue CCTV footage from the day so that the parents themselves know who was at fault.

The school should be also forced to monetarily compensate the grieving family. Though that’s the least form of compensation for a loss so big, the school’s one month earning has to go to Usman’s parents. This way, at least there would be some loss on the school’s part. In failing to do so, the parents should themselves hand over next month fee to Usman’s family and refuse to pay the school.

People with kids in other schools too need to take their respective schools to the task. From ensuring pool safety to properly trained and equipped medical staff, parents should boycott swimming classes unless all schools provide satisfactory service.

In addition, Usman’s matter should be repeated again and again and again till the authorities find the real culprit. We as a society should not let this matter brush off under the carpet because Usman might just be one student but he was the face of millions like him. Usman should get justice so that the children of our nation feel protected, and no one can get away with an innocent life’s loss.