Usman Mirza, and four other sentenced to life in prison in couple sexual assault case

Additional Sessions Judge Atta Rabbani announced the verdict in the case of torture on a boy and a girl in Islamabad’s E-11 sector. 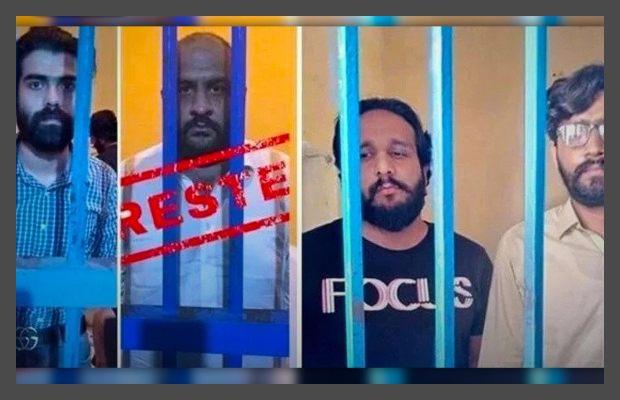 Usman Mirza and four other co-accused have been sentenced to life in prison in the couple’s sexual assault case on Friday.

A sessions court in Islamabad on Friday sentenced the prime accused Usman Mirza in the E-11 couple sexual assault case,  and four others to life imprisonment while two others were acquitted.

Usman Mirza and his accomplices were sentenced under Section 354-A (assault or use of criminal force to a woman and stripping her of her clothes) of the Pakistan Penal Code.

Furthermore, a fine of Rs200,000 was also imposed on each of the convicts.

A failure to pay the fine would entail an additional six months of imprisonment.

The couple had rescinded their statement but the state pursued the case.

The couple in their written affidavit told the trial court they did not want to pursue the case against the accused.

The trial of the case begin on July 6, 2021, after videos of the incident went viral on social media.

Following the judgment, the federal minister Fawad Chaudhry and netizens have lauded the outcome.

Finally, life imprisonment in E-11 couple sexual assault case. The measures taken by @ICT_Police to ensure conviction for #UsmanMirza is laudable, despite the complainants reluctance to pursue for Justice.

The decision has been delayed but the Islamabad High Court, the police and the administration deserve credit for punishing such an influential person.
Well done @ICT_Police @dcislamabad 👏🏻👏🏻#UsmanMirza #Islamabad

#UsmanMirza along with 4 others have been given life imprisonment for molesting & stripping a girl in #Islamabad. Kudos to judiciary! Now make sure that he remains behind the bars & not in a luxury hospital like Shahrukh Jatoi. #BREAKING #Breaking_News pic.twitter.com/s7qFpZmTc7

After 8 months or so, #UsmanMirza and others accused have finally been convicted and sentenced to life imprisonment! Hats off to the state and @ICT_Police for continuing to pursue the case despite the rescindment by the harassed couple. May this serve as a lesson ! #Islamabad

I pray that both #zahirjaffar & #usmanmirza get their punishments validated from HC & their co-accused & abettors also get punished https://t.co/aeM9mXSTaE