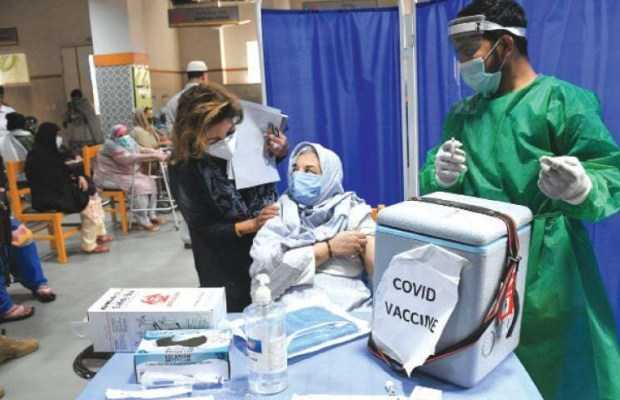 Vaccination centres in Sindh to remain closed on Sunday amid vaccine shortage!

The decision was made at Sindh task force on Covid-19, presided over by Chief Minister Murad Ali Shah.

According to a statement issued by the Chief Minister’s House after the meeting, it was decided on Saturday to keep vaccination centres in the province closed tomorrow (Sunday) amid a shortage of coronavirus vaccines.

“There will be no vaccination tomorrow because of a shortage of coronavirus vaccines,” CM Shah told the meeting.

The meeting was also informed about the more vaccines that will be received by Sindh in June as per the following dateline:

While shrines, amusement parks, and indoor gyms will reopen from June 28.

The meeting was also informed about the coronavirus positivity rate in the province that stood at 3.9 percent while it was 8.08pc in Karachi and 4.3pc in Hyderabad.


tweet
Share on FacebookShare on TwitterShare on PinterestShare on Reddit
Saman SiddiquiJune 19, 2021
the authorSaman Siddiqui
Saman Siddiqui, A freelance journalist with a Master’s Degree in Mass Communication and MS in Peace and Conflict Studies. Associated with the media industry since 2006. Experience in various capacities including Program Host, Researcher, News Producer, Documentary Making, Voice Over, Content Writing Copy Editing, and Blogging, and currently associated with OyeYeah since 2018, working as an Editor.
All posts bySaman Siddiqui