Protesters say the health department is not ready to pay the frontline workers' salaries. 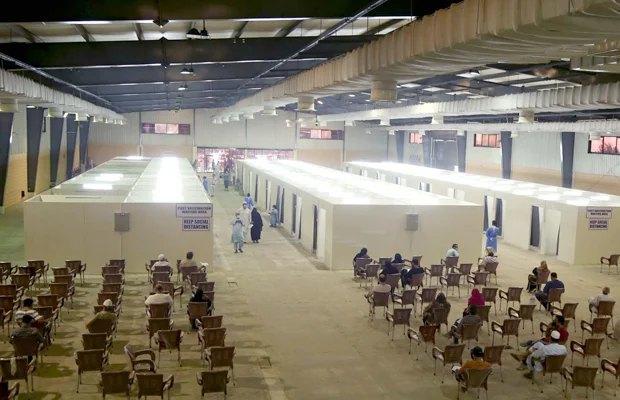 The vaccination process remains suspended on the 5th day at Expo Center Karachi amid the staffs’ strike.

Employees at the province’s largest mega-center have gone on strike in protest of non-payment of salaries.

Protesters say the health department is not ready to pay the frontline workers’ salaries.

As being reported the staff at the Expo Center, Dow University and Khaliq Dina Hall have been working without pay for nine months.

As the three rounds of talks held between the director of health and staff failed, the employees have decided to continue protesting and not work until their salaries were paid.

The paramedics’ staff has refused to begin the vaccination process unless their salaries for the past months are released by the Sindh Accountant General office.