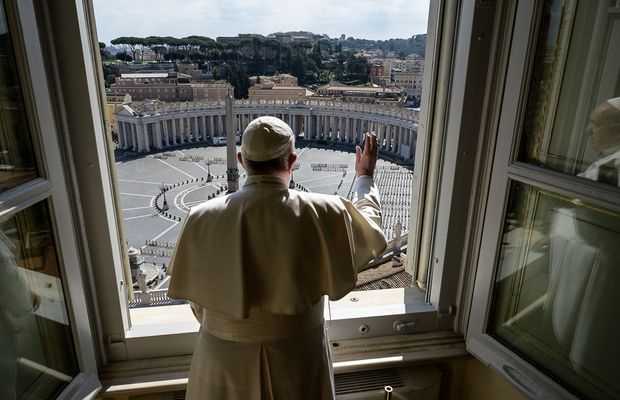 According to The Vatican’s orthodoxy office, the Congregation for the Doctrine of the Faith was responding to questions about gay unions.

The two-page statement has been published in seven languages that was approved by Pope Francis.

“The blessing of homosexual unions cannot be considered licit,” the statement says,”there are absolutely no grounds for considering homosexual unions to be in any way similar or even remotely analogous to God’s plan for marriage and family.”

The church and priests can still bless people who are gay who live in “fidelity,” the statement added. “Rather, it declares illicit any form of blessing that tends to acknowledge their unions.”

Responding to the Vatican’s statement Francis DeBernardo, executive director of New Ways Ministry, an LGBTQ-centered Catholic ministry, said that it was disappointing but not surprising.

He said that he “will continue to find creative ways to bless the couples they love and support.”

“What the Vatican doesn’t realize is that the Catholic faithful is not satisfied with that answer,” DeBernardo said.

“Catholic people recognize the holiness of the love between committed same-sex couples and recognize this love as divinely inspired and divinely supported and thus meets the standard to be blessed.”

Monday’s statement from the Vatican comes less than six months after revelations of Pope Francis’ endorsement of same-sex civil unions were made public.

“Homosexual people have the right to be in a family. They are children of God,” Francis said in a 2019 interview for the documentary “Francesco.”

“What we have to have is a civil union law. That way they are legally covered,” he had said.

Back in 2003, the Vatican office had issued a similar decree saying that the church’s respect for gay people “cannot lead in any way to approval of homosexual behavior or to legal recognition of homosexual unions.”

Social media has been buzzing with the response from the LGBTG community in wake of the Vatican’s statement.

I hate retweeting this because I don’t want to perpetuate harmful shit- but for whoever needs to hear this-The desire to live your life with someone you love instead of being alone is not a “sin”
you ARE blessed and you have NEVER needed the opulent and hypocritical Vatican 💔🏳️‍🌈 https://t.co/LXk7g3fl4D

Homosexuality didn’t even make it into the 10 commandments so clearly God wasn’t pressed about it, but what’s crazy is that adultery did, and for the most part the Vatican ignores it. https://t.co/pVNqnO3vP9

The world: *shocked and offended

I'm sorry: the Vatican can't condemn gay marriage and also dress the Swiss Guards as if they were appearing in Kiss Me Kate pic.twitter.com/OSaMxKyA2J

The star, who married his long-term partner David Furnish in 2014. Sir Elton John came out hitting at Vatican‘ calling it hypocrisy’ over the ‘God cannot bless sin’ stance on gay unions.

Writing on Instagram, Sir Elton said: “How can the Vatican refuse to bless gay marriages because they ‘are sin’, yet happily make a profit from investing millions in Rocketman – a film which celebrates my finding happiness from my marriage to David?? #hypocrisy.”