Sadpara had fallen off a mountain om May 17 during a routine climbing practice near his village in Gilgit and sustained serious injuries. 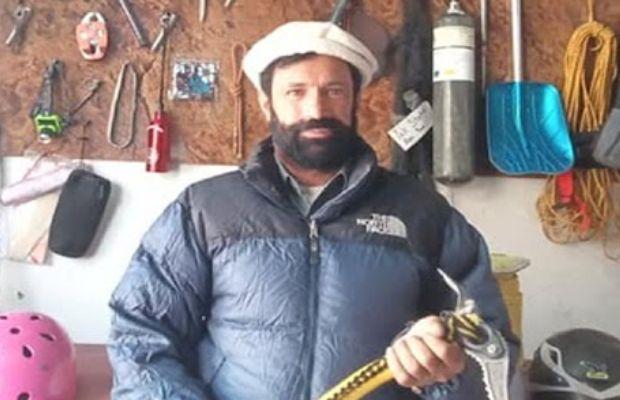 Pakistani mountaineer Ali Raza Sadpara had received serious injuries after falling from a mountain on May 17.

He had fallen off a mountain during a routine climbing practice session near his village in Gilgit and sustained serious ribs and backbone injuries.

He has been under treatment at a hospital, where he breathed his last today aged 65.

Ali Raza Sadpara’s funeral prayers were offered at Olding graveyard at 10 am.

He has summited the Broad Peak, Nanga Parbat, Gasherbrum I, and Gasherbrum II for a record collective 17 times.

No other Pakistani has summited mountains over 8,000 meters.

Veteran mountaineer was planning to summit K2 this year.

Tributes and condolences pour in on the demise of a legendary Pakistani mountaineer.

I am very saddened today at the passing away of legendary mountaineer Ali Raza Sadpara. He was our national hero. May Allah Taala bless his soul and give patience to his family. Ameen pic.twitter.com/wpEPKBHf1b

Heartfelt condolences on the demise of Pakistan's renowned & courageous mountaineer Ali Raza Sadpara! He was critically injured on 17th May'22 when he fell off a cliff 😔
May his soul rest in peace! Ameen#AliRazaSadpara #ProudPakistani pic.twitter.com/6zFaPJFyFo

Not only Gilgit-Baltistan, Surely Pakistan has lost another famous climber after Muhammad Hassan Sadpara.
Ali Raza Sadpara was seriously injured after falling from a peak which he was attempting to scale in Skardu.#AliRazaSadpara pic.twitter.com/loVOeauTw5

But there was no need to be ashamed of tears, for tears bore witness that a man had the greatest of courage, the courage to suffer

Renowned mountaineer Ali Raza Sadpara passes away. Terrible loss. May Allah grant him peace, and strength to all his well wishers. #AliRazaSadpara pic.twitter.com/xB4ujK8w3A

Heartbreaking to inform that Pakistan's renowned mountaineer Ali Raza Sadpara has passed away at the age of 56.

He was critically injured on 17 may when he fell off a cliff.

Heartfelt condolences on the demise of a talented & courageous asset 🇵🇰 had.
May his soul rest in peace! pic.twitter.com/xVkP60y9DX

tweet
Share on FacebookShare on TwitterShare on PinterestShare on Reddit
Saman SiddiquiMay 27, 2022
the authorSaman Siddiqui
Saman Siddiqui, A freelance journalist with a Master’s Degree in Mass Communication and MS in Peace and Conflict Studies. Associated with the media industry since 2006. Experience in various capacities including Program Host, Researcher, News Producer, Documentary Making, Voice Over, Content Writing Copy Editing, and Blogging, and currently associated with OyeYeah since 2018, working as an Editor.
All posts bySaman Siddiqui