The video of the incident is doing rounds on internet. 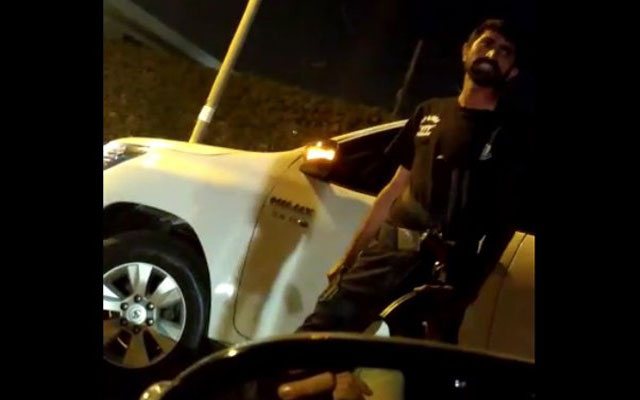 A family was allegedly harassed in Karachi on Sunday night after being pulled over by police officers in Sunset Boulevard DHA Phase 2.

The video of the incident is doing rounds on internet showing a family in a private car was stopped in the middle of road for no reason.

The video has shown a woman in the car keep arguing with the police officers who came over to the family and ask them to get off from the car because they wanted to have a word with them and their Additional Inspector General (AIG) wanted to talk to the man.

The family asked the name of AIG which the cops denied to reveal.

The woman in the car managed to record the whole conversation in her cellphone.

The two police officers who stopped the car is adamant for the man to come out of his car while he keep asking the officers why should he go and why his car has been pulled over in such a manner.

During the exchange of heated words between the family and the police officers, a doubled-cabin vehicle came right over by completely blocking the family’s car to pass by.

This move by the police further enraged the woman in the car and she get off in anger with her cellphone being in the recorded mode which was taken away by them and this result in the passersby gathered at the scene.

Seeing public gathered and fearing counterblast, the police officers then returned the woman’s cellphone and left the scene.

The video later uploaded to the ‘Karachi updates’ page where people disgust the shameful act of the officers. 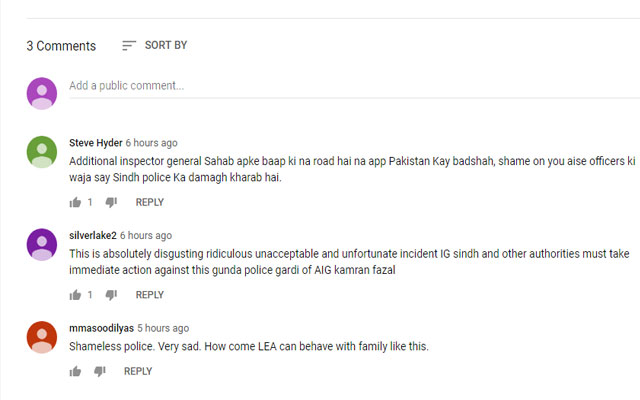