The mysterious cattle disease has also affected farms in other cities of Sindh including Sanghar, Sukkur, Mirpurkhas, Hyderabad, Khairpur. 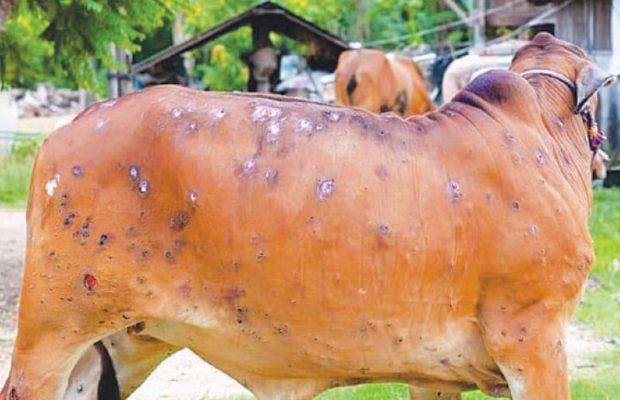 Samples collected from infected animals in Karachi farms are reported to have been sent to Islamabad labs for identification.

Shakir Umar Gujjar representative of the Dairy and Cattle Farmers Association said that a lumpy skin disease affecting our buffaloes.

We read about the disease on the internet and the signs and symptoms it causes that match with what our animals are suffering from, he added.

The livestock department close down provincial borders he demanded to help prevent the spread of the disease.

“There is no treatment as it’s a new disease. Most farmers are treating their animals with medicines that can boost their immunity level,” he said.

Shakir Umar Gujjar while talking to a news outlet claimed that the disease had spread in Karachi from infected imported animals.

“There is no quarantine system for imported animals. This is a serious lapse on part of the government which should move into action to contain its spread,” he said, adding that vaccination for the disease is not currently available.