War Alert: Iran unfurls ‘Red Flag of Revenge’ against US at mosque 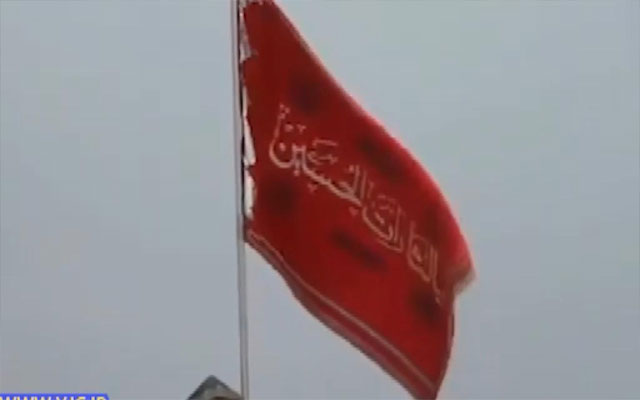 A blood-red flag symbolizing revenge unfurled on Saturday above the dome of Jamarkaran Mosque in Qom, Iran, a day after the US killed Iranian top general Qassem Soleimani and Iraqi militia leader Abu Mahdi al Muhandis.

Iran’s local reports claimed it was the first time in “history” a Blood-Red Flag or the Flag of War was hoisted above the mosque’s dome, inscribed with the words “Those who want to avenge the blood of Hussein,”

Red Flag has been considered as an announcement of war. The flag had never been hoisted over the holy site before. It was taken to mean that the fight between Iran and the US over commander Soleimani’s killing would escalate further.

The footage shows the flag being carried up the steps of the mosque, with a portrait of slain Quds Force commander Qasem Soleimani placed on top of the banner in a solemn procession.

Escalation between Iran and the United States deteriorated further on Friday after the US targeted Revolutionary Guard Corps Quds Force Commander in a Baghdad drone strike.

The symbolic act took place the same day that people took to the streets of Baghdad to mourn the killing of Soleimani and shouted “Death to America” during the the funeral processions of Irani general  and Iraqi militia leader.

Iran’s President Hassan Rouhani consoled Soleimani’s daughters, giving them assurance that “everyone will take revenge” on their father’s blood. An Iranian general also claimed that the country is ready to strike at least 35 American targets, including shipping channels in the Strait of Hormuz.

It is pertinent to mention that in Shiite tradition, the red flag symbolizes the unjust spilling of blood and a call to avenge the victim or victims. The use of the red flag goes back to the period of Imam Hussain, grandson of the Prophet Muhammad (SAW), who was beheaded at the Battle of Karbala in 680 AD along with dozens of his followers. The flag signifies the intent to avenge their slain leader.