Mustafa Kamal had shown his willingness to clean the city of Karachi within 90 days of time. 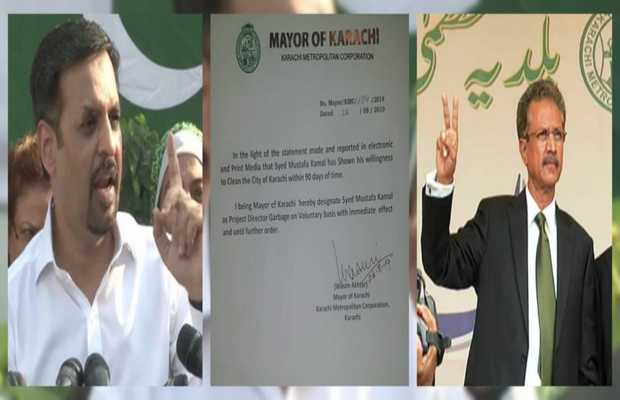 A notification issued from the mayor’s office on Monday said that Mustafa Kamal had “shown his willingness to clean the city of Karachi within 90 days of time”.

“I being mayor of Karachi hereby designate Syed Mustafa Kamal as project director garbage on a voluntary basis with immediate effect and until further order,” it said. 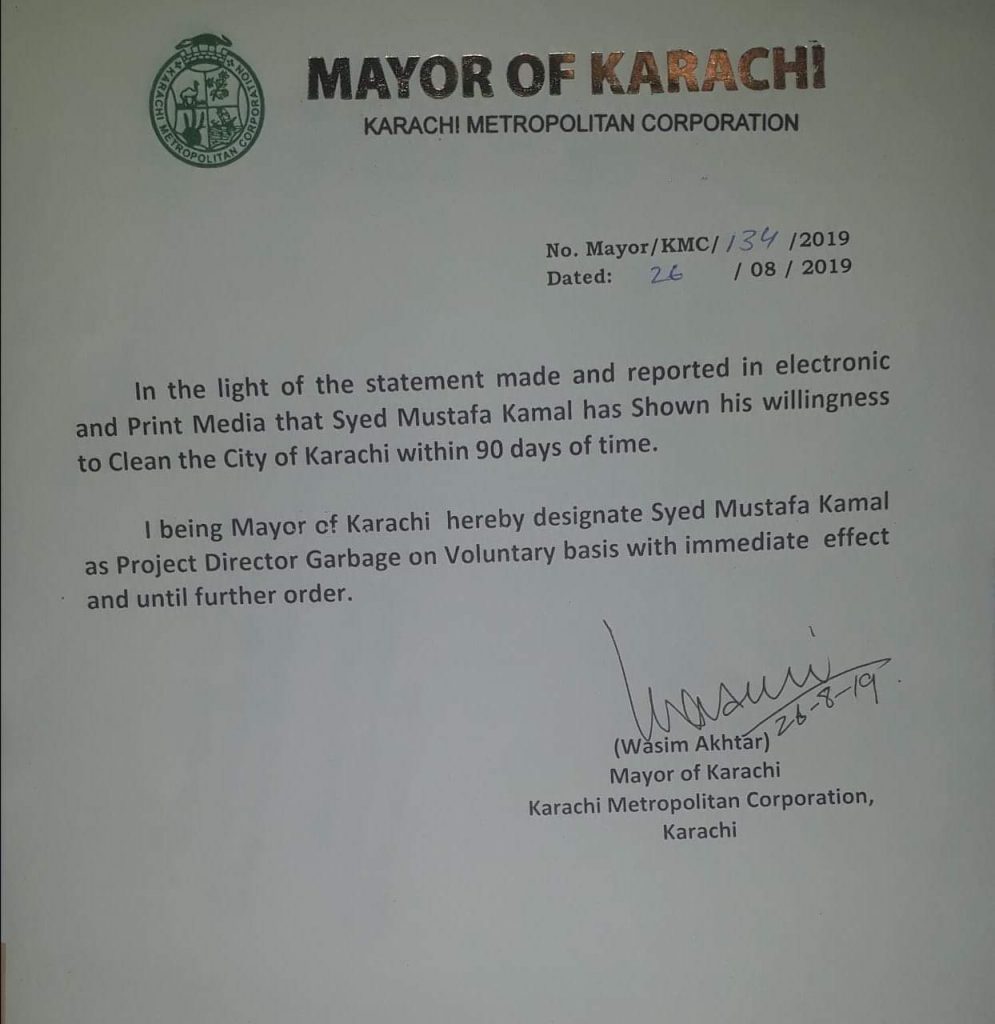 According to a source Mustafa Kamal has conditionally accepted the offer but has said that the chairman of the districts who are from MQM should quit, including, Waseem Akhtar.

Mustafa Kamal has demanded that Mayor Karachi should also withdraw from his post.

This development comes a day after Mustafa Kamal’s interview with the local news channel. On Sunday, Mustafa Kamal had said that he will clean Karachi in 90 days if the provincial and city governments provide him machinery and their employees. “Hang me on a chowk if I fail to do so,” he added.

In a press conference last week, the former city mayor had said that Akhtar was responsible for the destruction of the city.

“He has properties in Pakistan and abroad. He just wants to complete his term and run away,” Kamal had claimed.

The PSP chief had also said that the local government of Karachi was 100% responsible for cleaning the city’s drains.