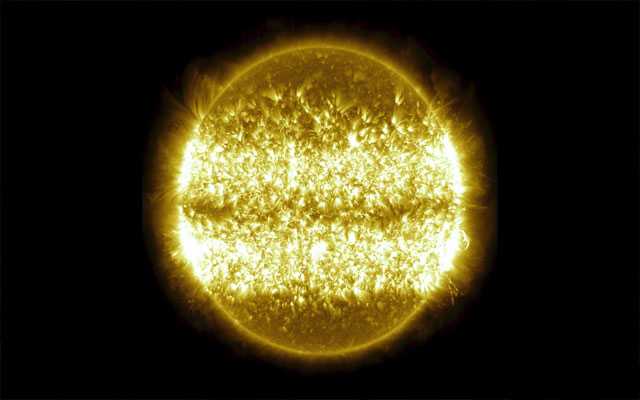 US space agency NASA has released a time lapse video of the Sun squeezing a 10-year timelapse into one hour.

The Sun has been under the observation of NASA’s Solar Dynamics Observatory (SDO) for over a decade, a release from NASA said. The SDO collected over 435 million images of the Sun also in the same period from different angles.

The thorough capturing of the Sun’s photos, observing each and every change in the Sun can be assessed from the fact that the SDO clicked a photo every 0.75 seconds, according to NASA.

Till the end of the decade, SDO had utilised total of 20 million GB of space to capture 435 million high resolution images of the Sun, NASA reports.

The timelapse footage holds much value for the scientists who are interested in knowing about the functioning of the Sun and rise and fall in its activity during its 11 year solar cycle. Apart from the routine rise and fall in the activity of the Sun, the video might also help space scientists collect new information about the transiting planets and other eruptions in the Solar system.

The video might also offer other perceptions about the closest star and its influence over the solar system. According to NASA, the magnetic fields are under constant flux and they keep altering to the extent that at the end of the 11 year solar cycle, the North pole of the Sun turns into the South and vice versa.

NASA’s SDO mission was launched in 2010 to understand the origin of Sun’s energy, how the inside of the Sun works, and how energy is stored and released in the Sun’s atmosphere. SDO is the first satellite under the Living with a Star (LWS) program at NASA.