Reportedly, the police has seized the vehicle and registered a case, but the woman could not be arrested. 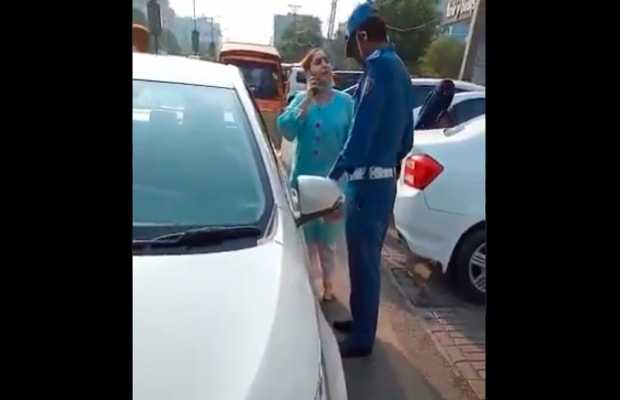 A video of a woman misbehaving with traffic warden over wrong car parking in Lahore has gone viral on social media on Wednesday.

As can be seen in the viral video clip,  a woman allegedly insulted traffic police personnel and tore his uniform and also threatened to kill him.

Reportedly, the police has seized the vehicle and registered a case, but the woman could not be arrested.

According to details, a traffic warden named Amjad, who was on duty at the wrong parking lot in the Gulberg area of ​​Lahore, asked to remove the vehicle.

At which a woman who was sitting on the back of the car, came out and started threatening the warden. The second warden, Furqan, came forward and tried to stop the woman, was also pushed back and the woman tore his uniform.

And after the wireless call, the local police reached the spot. However, the woman left the car and disappeared.

Police have seized the woman’s vehicle and registered a case.

According to the news source, despite knowing the number of the vehicle, the police are not revealing the identity of the woman.

Chief Traffic Officer Hamad Abid said that raids are being conducted to arrest the woman.