“It was our bad day, we didn’t play good cricket”, Sarfaraz Ahmed

West Indies had defeated Pakistan by seven wickets in Trent Bridge, Nottingham after bowling out Pakistan for mere 105 runs. 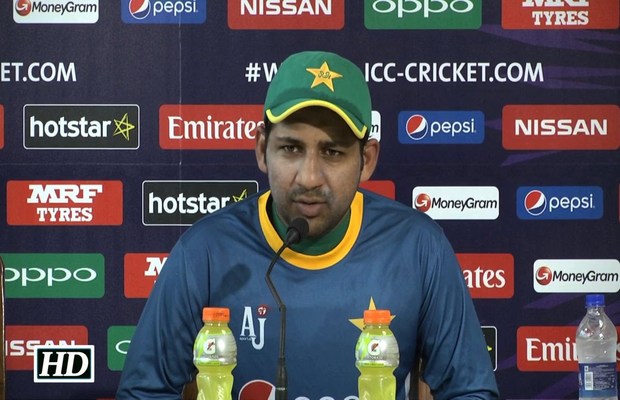 Pakistan Cricket captain Sarfaraz Ahmed after losing against West Indies says that his side would want to forget the poor performance against Windies as a “bad day” and make a strong comeback in matches to come.

While speaking at the post-match press conference Sarfaraz said that there are eight more matches to go and Pakistan team will surely make a comeback.

“We lost some quick wickets in first ten overs and we couldn’t recover well from the early setback,” he said.

Being optimistic for upcoming matches, the skipper added, “It wasn’t our day, it was just a bad day, we will try to move on from here and recover before next games. I am confident that the team will bounce back in the next games”.

“This is not an excuse but toss has become important in matches here, teams will try to get the advantage of early overcast conditions here if they win the toss,” he said.

“We knew exactly how west indies would bowl to us and we were well prepared, but we couldn’t execute it,” Sarfaraz further added.

He also added that the spell by Andre Russell changed the game, agreeing with the fact that shot selection by the batsmen was poor and they did not put much effort to stay at the wicket.

“We will sit down and analyze our mistakes and try to correct them before next matches”, added Sarfaraz admitting to the mistakes in their first match.

“We lost wickets in the first ten overs due to which we came under pressure. We’ll come back in our next matches, forgetting today’s defeat”, said Sarfaraz Ahmed.

Pakistani skipper further added, “We already knew about the bowling of the West Indies but we came under pressure due to falling wickets too early”.

Pakistan will face Sri Lanka on 7th of June in their next match.

tweet
Share on FacebookShare on TwitterShare on PinterestShare on Reddit
Saman SiddiquiMay 31, 2019
the authorSaman Siddiqui
Saman Siddiqui, A freelance journalist with a Master’s Degree in Mass Communication and MS in Peace and Conflict Studies. Associated with the media industry since 2006. Experience in various capacities including Program Host, Researcher, News Producer, Documentary Making, Voice Over, Content Writing Copy Editing, and Blogging, and currently associated with OyeYeah since 2018, working as an Editor.
All posts bySaman Siddiqui