The weather in Karachi would remain cloudy today with intermittent rain. 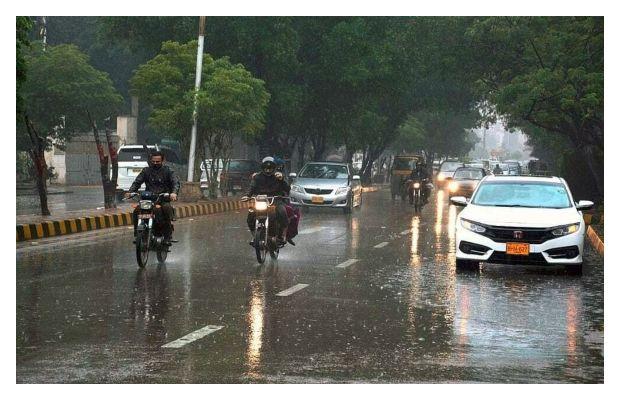 The PMD has predicted another spell of countrywide rains from July 27 due to penetration of “monsoon currents”, which it said are expected to intensify in upper and central parts of the country.

“The weather system will persist till July 31,” the Met office said.

In a statement, PMD said, “The low-pressure area causing widespread heavy rains in Sindh has moved westward, towards the Oman coast. The low over Rajasthan, India now lies over northwest Rajasthan and adjoining northeast Sindh.”

“Under the current weather system, rain, accompanied by thunderstorms along with isolated heavy falls, would likely continue in Nawabshah, Khairpur, Sukkur, Larkana, Jacobabad, Dadu, Jamshoro, Shikarpur, Qambar Shahdadkot, Ghotki and Kashmore over the next two to three days,” it added.

The persistent heavy spell over Khuzdar, Lasbela Hub, and along the Kirthar Range may create pressure on the Hub Dam and cause flash floods in Jamshoro and Dadu, warns PMD.

The weather in the port city would remain cloudy today with intermittent rain.

While on Thursday and Friday, Karachi would see partly cloudy weather and there were chances of light rain, it added.