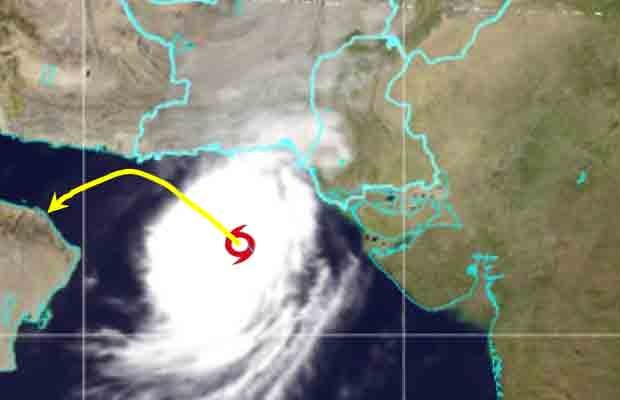 The Deep Depression over the Northeast Arabian Sea intensified into a Cyclonic Storm “Shaheen”, as per the Pakistan Meteorological Department (PMD) advisory – Alert V.

The Met Office in its 5th advisory named the cyclonic storm “Shaheen” and shared that it has moved away from Sindh’s coast belt.

The Met Office, in its latest advisory issued on Friday, said, “the cyclonic storm currently lies centred near latitude 23.2N and longitude 66.5E, at a distance of about 280 km southwest of Karachi, 230km from Ormara and 470km southeast of Gwadar.”

It added that the estimated maximum sustained surface wind is 65- 85km/hr and sea condition is rough/very rough around the system centre.

The Met Office further said that the system is likely to move west-southwestwards towards Oman/Makran coast.