US Election 2020: which candidate is leading in swing states, Trump or Biden? 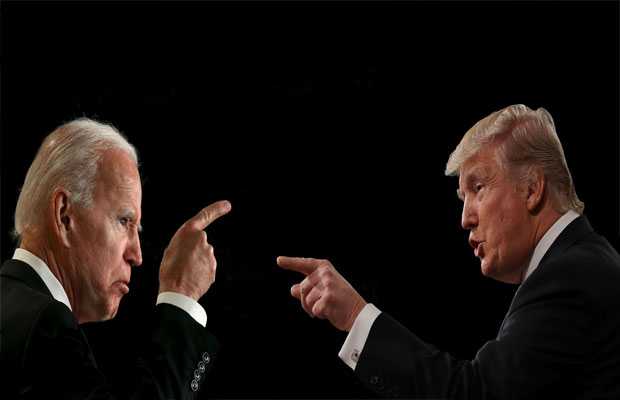 The Democrat nominee Joe Biden holds a commanding national lead over President Donald Trump amid deep voter concerns about the coronavirus pandemic, but Trump is keeping his hopes alive by staying competitive in the swing states that could decide the White House race.

The Voting for the US presidential election 2020 will take place on November 3 (tomorrow), with the presidential nominee Biden leading in four swing states which include Pennsylvania, Florida, Arizona and Wisconsin.

On Tuesday 3 November 2020, the US citizens will vote for their next president, with a choice between ​Donald Trump, the Republican incumbent, or his Democratic challenger, Joe Biden.

Meanwhile, at least 85 million citizens would have casted their early votes. That already breaks the 1908  eligible voter turn out record.

According to reports from the Guardian, the lead in polls do not guarantee ​the Democratic candidate victory,  as in 2016 elections Hillary Clinton also had a clear lead over Trump in the polls for almost the entire campaign. Clinton ended up losing in the Electoral College.

What is the Electoral College in US Elections?

The Electoral College refers to the group of presidential electors which are required by the United States Constitution to form every four years for the sole purpose of electing the President and the Vice President of United States.

The presidential voting system allocates each state a number of electoral college votes— total 270, which​ go to the state’s victor regardless of the​ margin of victory (with the exception of Nebraska and Maine), a handful of swing states will ​probably decide the election and be targeted heavily by campaigners.

According to the reports of polls in the Guardian, six of the eight states we focused on were those that flipped to Trump​ in 2016 after backing Barack Obama in 2012.