Who will be the caretaker PM? President Alvi writes to Imran Khan, Shahbaz Sharif for appointment

The process to appoint a caretaker premier has been initiated. 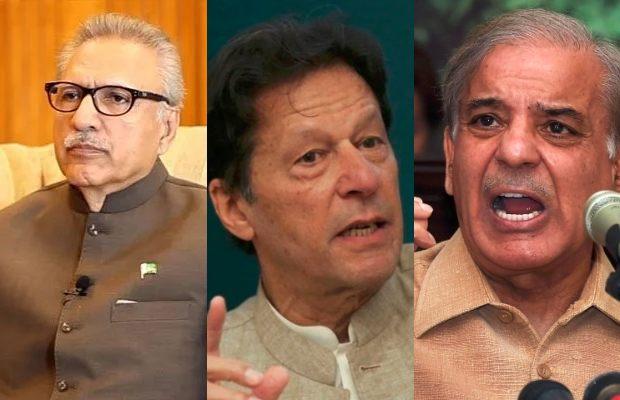 Who will be the caretaker PM? | OyeYeah News
0Share
56Views

Who will be the caretaker PM?

President of Pakistan Dr. Arif Alvi has written letters to Prime Minister Imran Khan and Leader of the Opposition in the National Assembly Shahbaz Sharif to seek suggestions for the appointment of a caretaker prime minister.

“Caretaker prime minister shall be appointed by the president in consultation with the prime minister and the leader of the opposition in the outgoing NA as per Article 224-A(1) of the Constitution of Pakistan,” the letter said.

“In case Prime Minister Imran Khan and Leader of the Opposition in the National Assembly Shahbaz Sharif do not agree on the appointment within three days of the dissolution of the NA, they shall forward two nominees each to a committee to be constituted by the speaker, comprising eight members of the outgoing NA, or the Senate, or both, having equal representation from the treasury and the opposition,” the letter stated.

“The members of that committee from the treasury and opposition benches are to be nominated by the prime minister and the leader of the opposition, respectively, in pursuance of Article 224-A(1) of the Constitution of Pakistan,” it said. 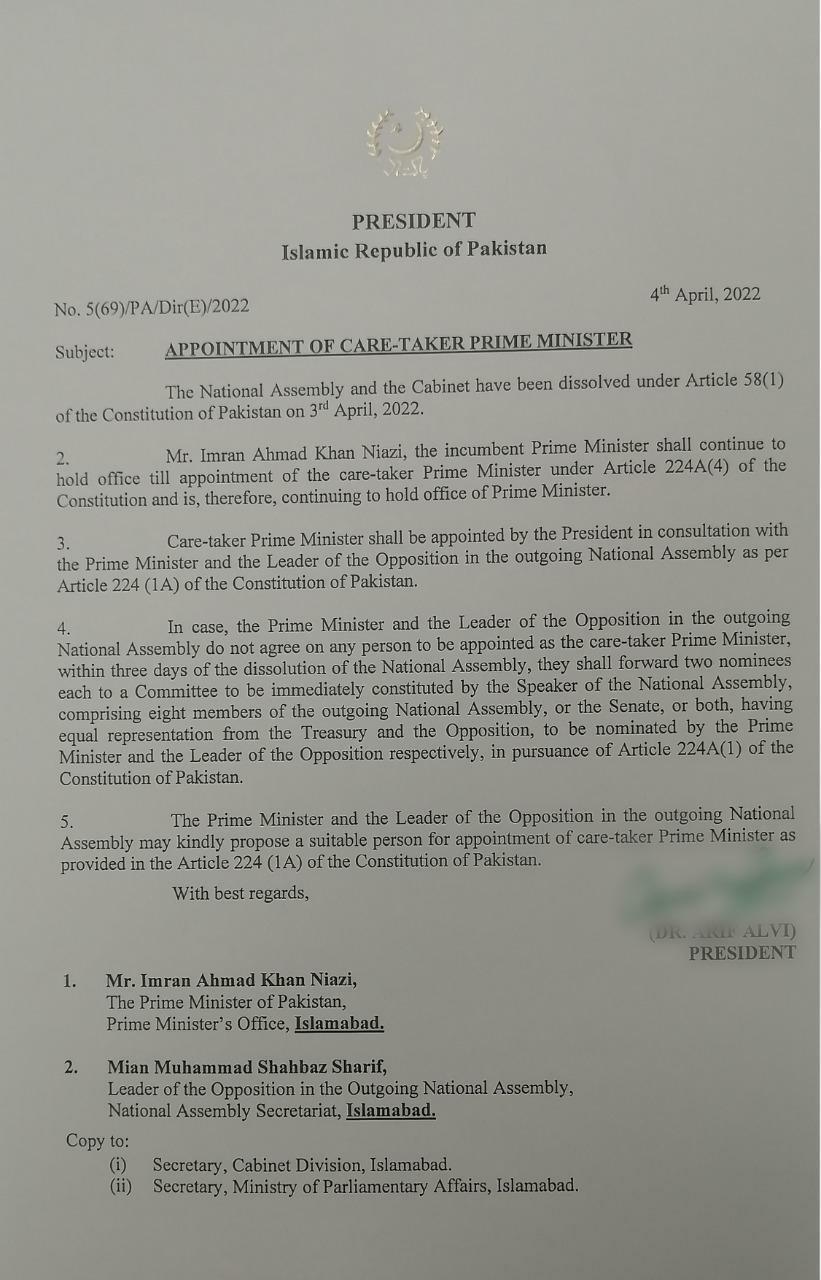 On the other hand, Shehbaz Sharif has refused to take part in the consultation process!

Leader of the Opposition in the National Assembly Shahbaz Sharif has declared that he would not take part in the process and termed it “illegal”.

He said that the president and the prime minister had broken the law and questioned how they could approach the opposition.

Meanwhile, PTI Chairman Imran Khan will continue as the prime minister of Pakistan despite being de-notified as the premier, till the appointment of a caretaker prime minister, the President’s Secretariat said in a press release issued after Sunday midnight.

“Imran Ahmad Khan Niazi shall continue as Prime Minister till the appointment of caretaker Prime Minister under Article 224 A (4) of the Constitution of the Islamic Republic of Pakistan,” the notification said.