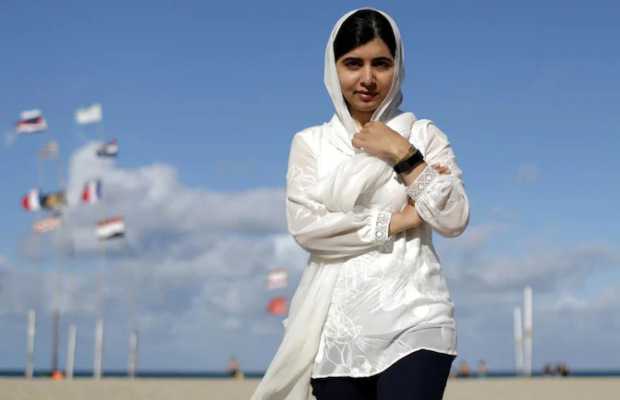 Why Malala can’t name Israel in her post condemning the ongoing violence in Palestine? Netizens call out the human rights activist for her recent Tweet.

Tensions ran high in annexed east Jerusalem after hundreds of Palestinians were wounded in a weekend of clashes between protesters and Israeli security forces.

After the recent wave of violence in occupied Palestine, the social media users try to bring it to the attention of world leaders about the suffering of Muslims in the conflict zone.

The use of force by Isreal and unrest in the region has sparked global concerns and many took to social media calling out the Israeli aggression.


However, a condemnation tweet from the world’s youngest Nobel laureate did not include the words Israel and Palestine, which has caused another uproar on social media.

“The violence in Jerusalem – especially against children – is unbearable. This long conflict has cost many children their lives and their futures. Leaders must act immediately – there is no peace when children and civilians are not safe,” Malala tweeted.


And now social media users are trying to educate an Oxford graduate about the proper usage of words and terms.

My dear @Malala I am very proud of your achievements, but this tweet of yours saddens & disappoints deeply. Please be brave & fix your language. This is a struggle not a conflict. Please refer to the image below for guidelines. pic.twitter.com/aIexGjnA3t

1. This isn't a Conflict it's a one-sided slaughter
2. It's indiscriminate
3. Even after you took your time revising & re-revising what to tweet so that your sponsorship won't end… You still ended up making a mess of things!

For Malala, it is violence in Jerusalem not against Palestinians, it is a conflict not an illegal occupation of Jerusalem by the largest occupation army of the world.
Such a lame tweet. She is playing on both sides of the fence and does not want to annoy Israel. pic.twitter.com/0JXHyJZ7S5

Malala's statement regarding genocide in Palestine is no less than a joke. This so called human rights activist has given a twisted statement without even mentioning Israel and Palestine. This girl never loses a chance to prove herself as a hypocrite and a puppet.

Malala beta , the situation in Jerusalem is as much a “ conflict “ as the invasion of Swat by Taliban was .
Incase you missed the recent news , it was not only the “ children “ that were attacked viciously.

Please update yourself before embarrassing yourself . https://t.co/xnyH1PQEso

There hasn't been peace in Palestine for the last 72 years and Malala;a student of Oxford university,a nobel price winner, has the audacity to call it conflict instead of genocide

Honestly,I never pondered much but I knew she was an advocate of rights and an influencer. But seeing her profile and tweet for the first time today with poor choice of words I was like does she even know what she's saying?
P.S Not a good impression. (MAYBE I'm wrong)#Malala

malala is the same activist who won the nobel prize for her speech couldn't tell the difference between conflict and genocide now https://t.co/dDMCWjx3Mb