WikiLeaks founder Assange can be extradited to the US

Assange is wanted in the US over the publication of thousands of classified documents in 2010 and 2011. 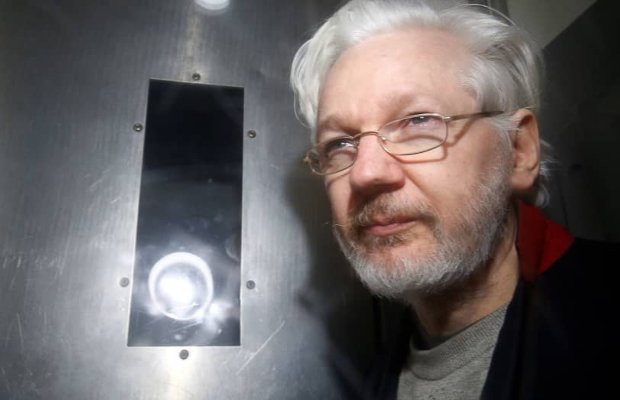 WikiLeaks founder Julian Assange can be extradited to the US!

The development comes as the US government on Friday won an appeal against a London court ruling that had blocked the extradition of Julian Assange from Britain.

As being reported, the US won its appeal against a January UK court ruling that he could not be extradited due to concerns over his mental health.

Judges were reassured by the US promises to reduce the risk of suicide. His fiancee said they intended to appeal.

Lord Chief Justice Lord Burnett giving the judgment, said: “That risk is in our judgement excluded by the assurances which are offered.

“It follows that we are satisfied that, if the assurances had been before the judge, she would have answered the relevant question differently.”

On the other hand, Assange’s fiancee Stella Moris called the ruling “dangerous and misguided”, adding that the US assurances were “inherently unreliable”.

In a statement outside the court, Ms. Moris said: “For the past… two years and a half, Julian has remained in Belmarsh prison, and in fact, he has been detained since 7 December 2010 in one form or another, 11 years. For how long can this go on?”

Reacting to the court ruling, Wikileaks editor-in-chief Kristinn Hrafnsson said in a statement: “Julian’s life is once more under grave threat, and so is the right of journalists to publish material that governments and corporations find inconvenient.

“This is about the right of a free press to publish without being threatened by a bullying superpower.”

Earlier, a two-day hearing was held in October where US lawyers argued that the original judge had not given sufficient weight to other expert testimony about Assange’s mental state.

They also sought to assure the court that he would not be held in punishing isolation at a federal supermax prison, and would receive appropriate treatment.