The incident occurred in the AC compartment between Rohari and Hyderabad. 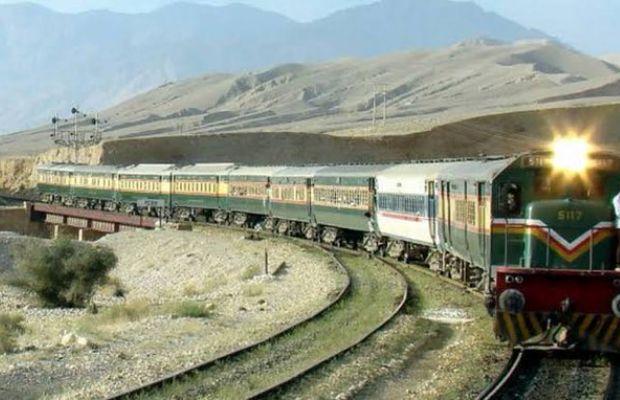 A woman was gang-raped on the Bahauddin Zakariya Express train by staffers, shocking incident comes to light on Monday.

As reported, the victim was traveling to Karachi after visiting her in-laws’ place in Muzaffargarh via Bahauddin Zakariya Express, a train running under the private sector.

The staff involved in the rape incident has managed to escape.

The Railway SSP said that the medical examination of the victim had been conducted at Jinnah Hospital.

The initial report of the woman has proved that she was raped, however, a detailed medical report is awaited.

Karachi City Station Police has registered a case against the woman, according to which the victim’s father-in-law in Muzaffargarh.

According to the details, Her husband divorced her a month and a half ago. She reached Muzaffargarh on May 26 to visit her children.

In May, she left for Karachi via Zakaria Express but did not get a ticket at the station.

The victim told Railway City police that she had boarded the train from Multan for Karachi on May 27.

The victim told that three people, including a ticket-checker named Zahid and Aaqib, had raped her.

She said that she could not purchase a ticket from the station in haste.

“I got an economy class ticket. Later, the ticket checker asked me to come with him as he had arranged a berth for me in the AC compartment,” she told police.

The incident occurred in the AC compartment between Rohari and Hyderabad.

When the train left Rohri, Tunji Division ticket checker Zahid told the woman that he could provide her with an AC bogie ticket.


The woman then tried to get into the economy bogie, where she was threatened with death and raped.

Police on Monday registered a case of sexual assault on the woman by the train staff.

SP Railways, Karachi Division, Kausar Abbas has been appointed the inquiry officer of the case.

While the Police have formed teams to arrest the culprits.

The authorities have sought details of the incident from the DS Multan and DS Karachi.

On the other hand, the Railway administration said that the Bahauddin Zakariya Express was a private train and its staff was also private.