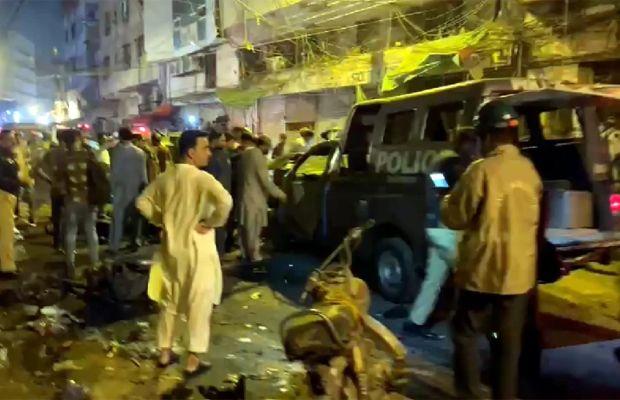 A woman was killed, and 11 people were injured including cops in the blast in Karachi’s Kharadar area!

The nature of the blast yet unknown occurred near the crowded Bolton Market in Kharadar on Monday evening.

According to preliminary investigations, explosive material was planted in a motorcycle.

While hospital sources claim one person was killed, a 21-year-old woman – in the blast,  while 12 were wounded, including one child.

Motorcycles, rickshaws, and cars, including a police mobile, were damaged in the explosion.

The police and rescue officials have reached the site and have cordoned off the area.

The injured have been rushed to a nearby hospital in an injured condition.

A police officer from the Kharadar police station told the media that they had just parked their van at the market when the explosion occurred.

A number of social media users have shared a few clips from the location of the blast.

#BreakingNews: A blast in Karachi being reported on M.A Jinnah road near Memon Masjid 💔 #KarachiBlast pic.twitter.com/une0b8T4rH

This incident has taken place comes four days after an improvised explosive device (IED) blast in the Saddar area left one person dead and 13 injured.