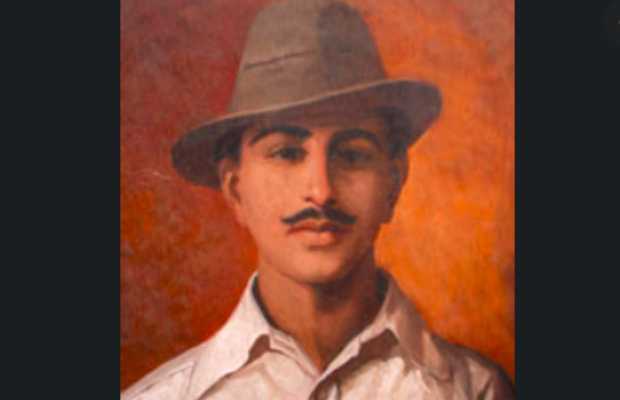 The world remembers Bhagat Singh the iconic revolutionary freedom fighter after 90 years of his execution.

On this day, March 23 1931 freedom fighters Bhagat Singh, Sukhdev, and Rajguru were executed by the British government for their acts of ‘dramatic violence’, and their role in the struggle for independence.

Bhagat Singh along with his revolutionary partner Batukeshwar Dutt was arrested n April 8, 1929, for throwing bombs and pamphlets to awaken the British government in the auditorium of the then Central Assembly of British India in present-day New Delhi.

These two men presented themselves to be arrested while shouting the famous slogan: “Inquilab Zindabad“, or “Long live the revolution”.

Bhagat Singh, Sukhdev, and Rajguru were tried for fatally shooting a British police officer by the name of John Saunders, whom they had mistaken for British police superintendent James Scott, who was the original target.

After being sentenced to death on 14 June, Bhagat Singh was transferred to Mianwali and Batukeshwar Dutt to Lahore Jail.  and as history books say after some time Bhagat Singh was also shifted to Kot Lakhpat Jail in Lahore.

“23rd March is a very special day for Lahore,not only idea of new Nation formalised on this very day but years back before this historic day three great sons of Punjab Bhagat Singh, Sukhdev and Rajguru were hanged to death on March 23,1931, #Freedom,” he said.

23rd March is a very special day for Lahore,not only idea of new Nation formalised on this very day but years back before this historic day three great sons of Punjab Bhagat Singh, Sukhdev and Rajguru were hanged to death on March 23,1931 #Freedom

Today, 89 years ago, one of the greatest revolutionary leader, Bhagat Singh, was given the death penalty by the British colonisers at age of 23, he is still alive in hearts of youth, his last words before hanging "long live revolution'. pic.twitter.com/kEMV6QYiMv

Bhagat Singh fought against the British from the age of 12 and sacrificed his life at the age of 23 along with Sukhdev & Rajguru. So, stop insulting and abusing children for raising their voices. 🙏🏻

Today is the death anniversary of Shaheed Bhagat Singh’ the freedom fighter of Sub-continent who was hanged by the British authorities at the age of 23 in 1931. pic.twitter.com/lwGUW2QRDx

“It is easy to kill individuals but you cannot kill ideas.” Shaheed Bhagat Singh.#Inquilab #Zindabad#ShaheedBhagatSingh

Their patriotism, courage and sacrifice will continue to inspire generations of India.#ShaheedDiwas pic.twitter.com/ym16v5yc5U

Remembering the brave & courageous revolutionaries – Bhagat Singh, Rajguru & Sukhdev on the anniversary of their martyrdom.
Their sacrifice will never be forgotten.#martyrs #MartyrsDay pic.twitter.com/r2hb8FiNoG

Meanwhile in India, the day saw marking Bhagat Singh’s death anniversary being observed in association with the Farmers’ Protest.

Godimedia will not show this, Thousands of farmers in Banglore marched towards Vidhan Sabha against new farm bills !!#हर_किसान_Bhagat_Singh pic.twitter.com/r1IqYadxw3