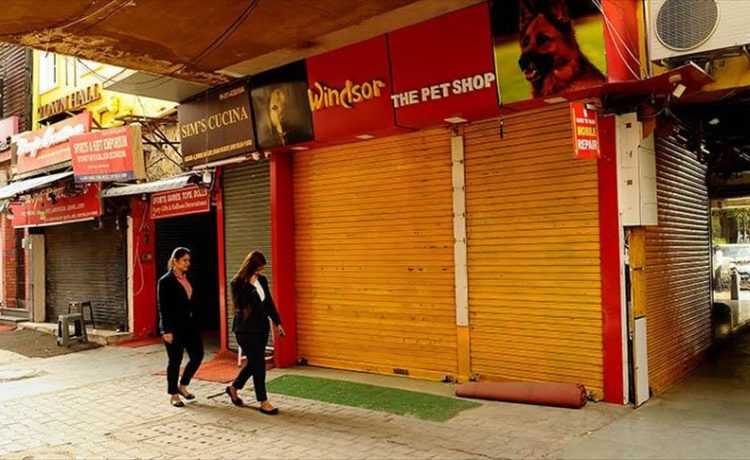 The growing pandemic Coronavirus has affected a total of 308609 people around the world  and claimed around 13069 lives since its outbreak in December in Wuhan, China. After China, Italy, Iran and Spain have become the most affected and chances are, the world’s second most populated country, India, could be the hotspot for the next outbreak.

More than 332 cases with four deaths and 27 recoveries have been reported in India so far, due to which, PM Narendra Modi called out the nation to observe a self-imposed 14-hour ‘Janata (people’s) Curfew’— to promote social distancing.

Let us all be a part of this curfew, which will add tremendous strength to the fight against COVID-19 menace. The steps we take now will help in the times to come. Stay indoors and stay healthy. #IndiaFightsCorona,” Mr. Modi tweeted on Sunday morning.

Following the curfew, a large number of flights and trains were suspended across the country. Police and home guards have been manning the streets across the country to dissuade people from coming out and observe social distancing.

The curfew brought big metropolises like Mumbai and Delhi to a complete halt while towns across the country locked down to prevent social gatherings.

According to experts, if the virus is transmitted locally in India from travelers coming from affected countries, the consequences could be alarming.

According to reports, India could see millions of cases in the coming weeks and leave hundreds of thousands of people dead, a situation exacerbated by an ailing healthcare system.

Dr. Ramanan Laxminarayan, director of the Washington-based Centre for Disease Dynamics, Economics and Policy and lecturer at Princeton University has cautioned 60 percent of the Indian population could be infected – some 700 or 800 million people.

“We are probably expecting between 300-500 million cases before the end of July…eventually everyone in India will get COVID-19,” he said.

“The peak numbers we would expect 3-8 weeks from now about 100 million affected, 10 million severe cases of whom 3-4 million would require critical care and roughly 1-3 million will die at its peak.”

“In a situation like this, where there is no known cure for the disease, it is imperative that we stay healthy…And how does one practice patience? By staying away from crowds and gatherings, avoiding leaving your homes,” Modi spoke to the nation in his address.

Read More: Turkey imposes partial curfew for citizens over 65 and with chronic diseases

A number of countries around the world had to impose a total lockdown to fight the virus from spreading. According to experts, however, it would be problematic to shut down entire India considering millions of poor citizens who rely on a daily wage to survive.

Following its virus control procedure, India has banned international flights and cancelled all visas for travellers and urged work from home. Special advisory has been issued to children below the age of 10 and individuals above 65 years to stay home.

Delhi and adjoining cities of Noida and Gurgaon, have closed all establishments except shops selling essential commodities and pharmacies. No cars and taxis have been spotted on the road so far.