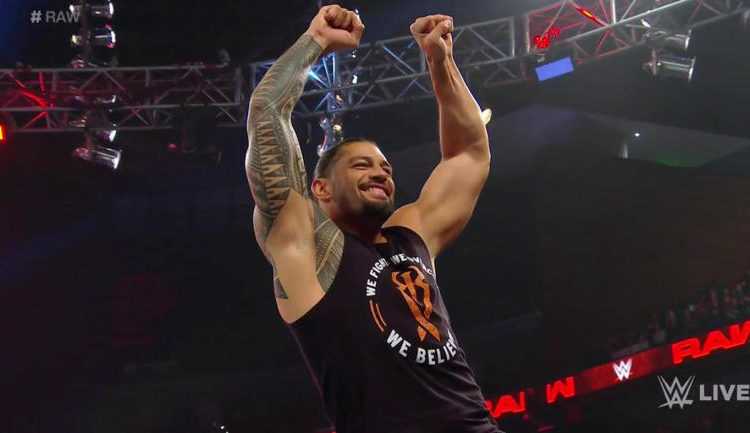 In today’s episode of WWE Monday Night Raw Roman was about to give an update on his battle with leukemia. It was announced days back by our very own Mr. Vince McMahon on Twitter,

.@WWERomanReigns (aka Joe Anoa’i) will address the status of his fight with leukemia this Monday on Raw. #fighter #proud #classy pic.twitter.com/kgXD8SHwVc

Everyone was shocked and started their predictions about Roman’s return that “This will bhi his early retirement speech and BLAH BLAH.

Well as Roman entered the arena, he got the biggest crowd pop ever. Crowd started to love him and thats what Vince wanted. He entered in the ring and gave an update that his leukaemia is in remission and he is BACK.

To a huge ovation from the crowd in Atlanta, he confirmed: “The Big Dog is back.”

As The Big Dog made his exit, he was joined on the ramp by Seth Rollins, who embraced his friend in an impromptu celebration of a battle well fought and a purpose renewed.