The court approved his physical remand for two more days 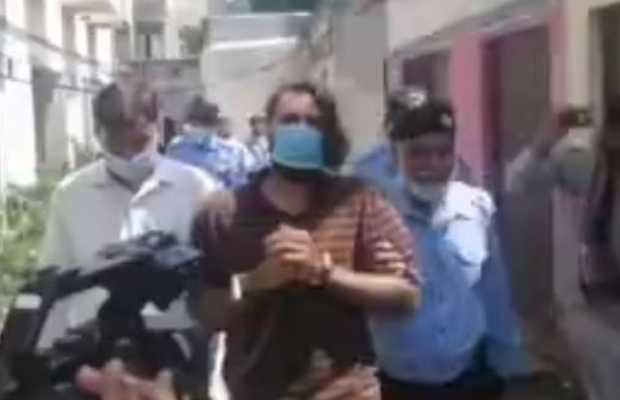 Zahir Jaffer, accused of murdering the 27-year-old daughter of a former Pakistani diplomat Noor Mukadam, was presented before the district court in Islamabad court on Saturday after the completion of his three-day physical remand.

The case was heard by Duty Magistrate Shoaib Bilal Ranjha.

The police requested the court to extend Zahir Jaffer’s physical remand, adding that they have yet to recover his mobile phone.

The police added that they said that they have already recovered the murder weapon, a knife, from the suspect along with a pistol.

The court approved his physical remand for two days and asked the police to present him in court on July 26.

Meanwhile, on his way to court, the accused of murder said, ‘I’m an American citizen, not a Pakistani. My lawyer will tell you if there is anything.’

On July 20, 27-year-old Noor daughter of Shaukat Mukadam was found slain at a home in the capital’s posh Sector F-7/4.

The suspect, Zahir Jaffer was arrested from the same house in which Noor Mukadam was murdered.

He worked for his family business Ahmed Jaffer & Company as a chief brand strategist.

tweet
Share on FacebookShare on TwitterShare on PinterestShare on Reddit
Saman SiddiquiJuly 24, 2021
the authorSaman Siddiqui
Saman Siddiqui, A freelance journalist with a Master’s Degree in Mass Communication and MS in Peace and Conflict Studies. Associated with the media industry since 2006. Experience in various capacities including Program Host, Researcher, News Producer, Documentary Making, Voice Over, Content Writing Copy Editing, and Blogging, and currently associated with OyeYeah since 2018, working as an Editor.
All posts bySaman Siddiqui